PM Modi on Sunday spoke to Assam chief minister Sarbananda Sonowal over telephone and enquired about the scale of the devastation. 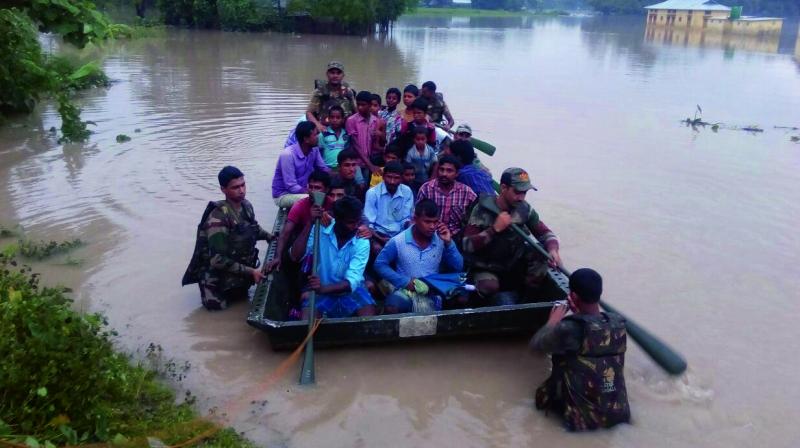 Guwahati: With deteriorating flood situation, the Army was called out to rescue marooned people on Sunday, and the Air Force has been put on standby in Assam.

At least 14 people, including a minor, were reported to have died due to the second wave of floods, which has wreaked havoc in 19 out of 33 districts of the state.

Prime Minister Narendra Modi on Sunday spoke to Assam chief minister Sarbananda Sonowal over telephone and enquired about the scale of the devastation.

Mr Sonowal apprised the Prime Minister about the measures taken by the government for providing relief to the affected people and also informed the administrations of all 19 flood hit districts have been directed to ensure speedy relief distribution to the victims.

The PM also assured the chief minister of all kind of cooperation from the Centre. The Principal Secretary of Prime Minister’s Office, Nripendra Mishra, also directed Assam chief secretary V.K. Pipersenia to submit a report on the damage and devastation.

State Disaster Manage-ment Authority said the Army has been called out to assist the administration in rescuing people in Nagaon and Kokrajhar districts. “The IAF has also put its men on standby, and their copters can be deployed in minimum time for relief” disaster management official Rajib Prakash Baruah said.