India   All India  14 Aug 2017  Both India, China powerful, none can defeat the other: Dalai Lama on Sikkim standoff
India, All India

Both India, China powerful, none can defeat the other: Dalai Lama on Sikkim standoff

Spiritual leader Dalai Lama suggested that India should 'develop pilgrimage for Chinese' people who are followers of Buddhism. 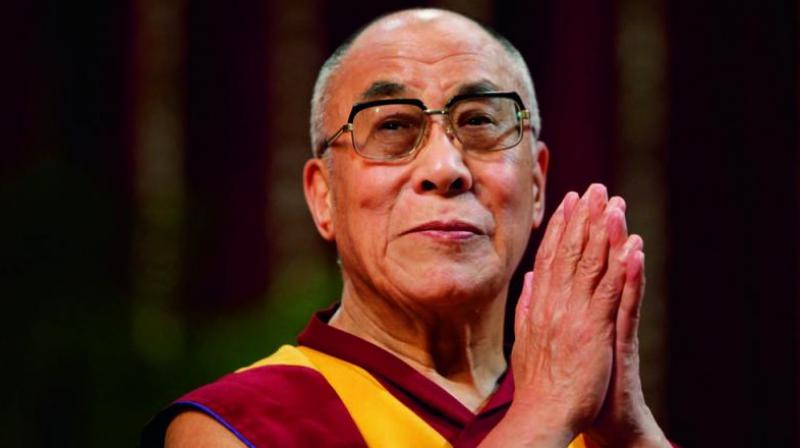 Tibetan spiritual leader, the Dalai Lama speaks during the World Peace and Harmony Conclave in Mumbai on Sunday. (Photo: PTI)

Mumbai: Tibetan spiritual leader the Dalai Lama on Monday said India and China cannot defeat each other and both the countries will have to live together as neighbours.

The spirit of "Hindi-Chini Bhai Bhai" is the only way forward, he stressed.

"In the current border situation, neither India nor China can defeat the other. Both countries are militarily powerful," the Dalai Lama said.

Both the countries will have to live together as neighbours, he said.

"There may be some incidents of cross-border firing. It does not matter," he said.

The Dalai Lama was responding to questions from reporters at an event in Mumbai.

He said, "In 1951, a 17-point agreement was signed between the Local Government of Tibet and People's Republic of China for the peaceful liberation of Tibet. Today China is changing and has become a country with the highest Buddhist population. They (India and China) should go back to 'Hindi Chini Bhai Bhai' again."

It is a Communist government but Buddhism is widely accepted, he said.

"Earlier, the Dalai Lama used to be the head of spiritual and political movements in Tibet, but in 2011, I totally retired from politics. It was a way of democratising the institutions because it had some feudal elements in it," said the 14th Dalai Lama.

He suggested that India should "develop pilgrimage for Chinese" people who are followers of Buddhism.

"We must understand that the followers of Buddhism in China are actually following the line of Indian Buddhism that came from Nalanda (Indian seat of learning) and Sanskrit," said the spiritual leader.

"India should develop a pilgrimage for Chinese people who follow Buddhism. These people can come to places like Bodh Gaya and can come closer to India emotionally as well," he said.

India and China have been locked in a standoff in the Dokalam area since June 16 after Chinese troops began constructing a road near the Bhutan trijunction.

"During the French Revolution and the Bolshevik movement, people opposed the exploitation by their kings and queens. Then religious institutions were supporting the feudal lords; hence the revolution also went against them. That's why in the western context, secularism has become a word expressing disrespect to religion," he said.

"Even an Indian communist leader had once told me that as a communist party worker, he does not believe in God. But for the people who he works for, they do believe in God and it is his duty to respect their feelings. I welcome such a mature approach," the Dalai Lama said.