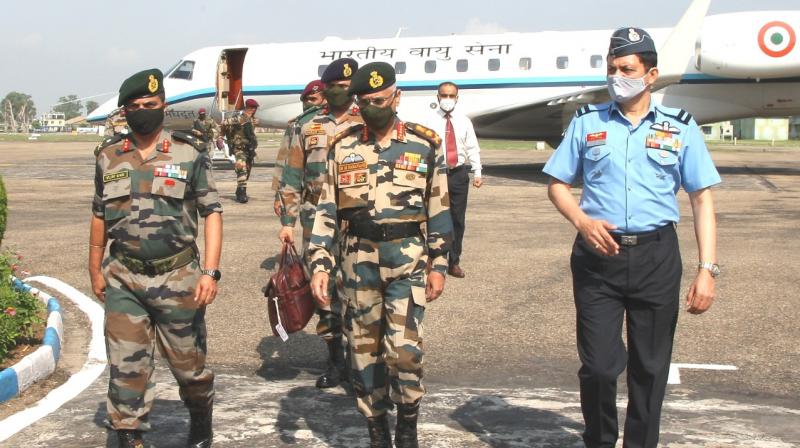 New Delhi: At a time when India is alert to the possibility of two front war, Army chief General MM Naravane on Monday visited forward areas in Jammu-Pathankot (Punjab) region to review the current security situation and operational readiness of the troops deployed on ground along the international border with Pakistan.

When tensions with China are all time high, the visit of Army chief to forward areas at the international border in Jammu-Pathankot (Punjab) is significant as it signals that the army does not want to take any chance at the border with Pakistan.

This area comes under Western Command of Indian army. Army chief said that there should be ‘zero tolerance’ against the ceasefire violations by Pakistan and infiltration attempts by terrorists. He asked troops to continue to defeat the nefarious design of proxy war being fueled by our adversaries.

Gen Naravane addressed all ranks of Western Command through video conferencing and lauded the morale of the troops. He expressed complete confidence in Indian Army’s capabilities to thwart any misadventure by the enemies of our country and handle any situation.