Bipin Rawat also asserted that no act of terror will go unpunished. 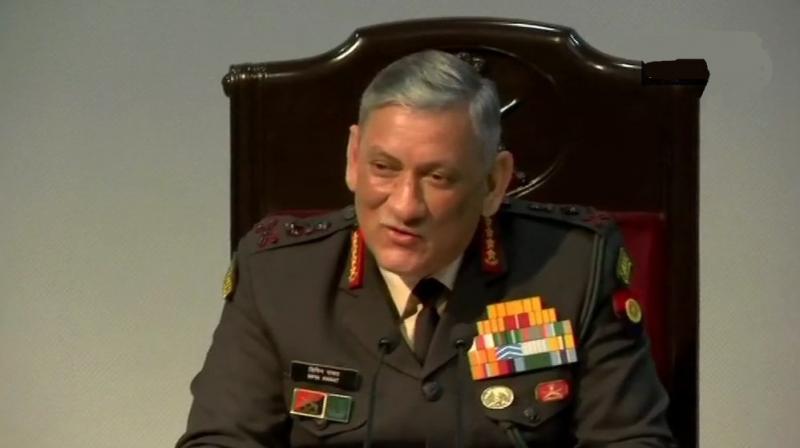 New Delhi: New Delhi: Army Chief Gen. Bipin Rawat on Saturday warned that any misadventure by Pakistan Army will be repelled with punitive response and no act of terror will go unpunished. He also said there has been no intrusion by the Chinese in Ladakh’s Demchok sector.

“The Indian armed forces stand resolute and ready to defend our territorial integrity. Let there be no doubt that misadventures will be repelled with a punitive response,” he said at an event on “20 Years after Kargil Conflict”.

The Army Chief pointed out that rise of non-state actors and the readiness to use terror and other irregular methods of fighting have become a new norm. He said that addition of cyber and space domain has changed the battlefield scenario and armed forces must be prepared for the future conflict with these changed character of the warfare.

He indicated that India is also planning a large-scale purchase of drones to boost surveillance capability along its volatile borders with Pakistan and China.

On China’s alleged attempt to intimidate people celebrating Dalai Lama’s birthday in Koyul village in Ladakh last week by waving banners, the Army Chief said that there was no intrusion.

“At times, there are celebrations that take place at the local level. Celebrations were going on our side by our Tibetans in the Demchok sector. Based on that, some Chinese also came to see what was happening,” Gen. Rawat said.

When asked whether the Chinese People’s Liberation Army (PLA) soldiers were present during the July 6 incident, he said, security officials from both sides accompany civilians whenever they go the LAC.

“...When the civilians go forward, obviously there will be PLA and when our civilians go to LAC, the ITBP (Indo-Tibetan Border Police) or the Army will accompany them. We are not going to allow the civilians to go the LAC without being monitored. So, both sides will monitor,” he said. He said the matter was also raised in the flag meetings between the security officials of the two countries. “Everything is normal. You need to dispel this myth that there has been any kind of intrusion or activity by the Chinese which is detrimental to our security,” added the Army chief.