India   All India  14 Jul 2017  Explosives found in UP Assembly; could be terror conspiracy: Yogi
India, All India

Explosives found in UP Assembly; could be terror conspiracy: Yogi

After white explosive powder was found in the Uttar Pradesh Assembly, Yogi Adityanath had called for a high level meeting. 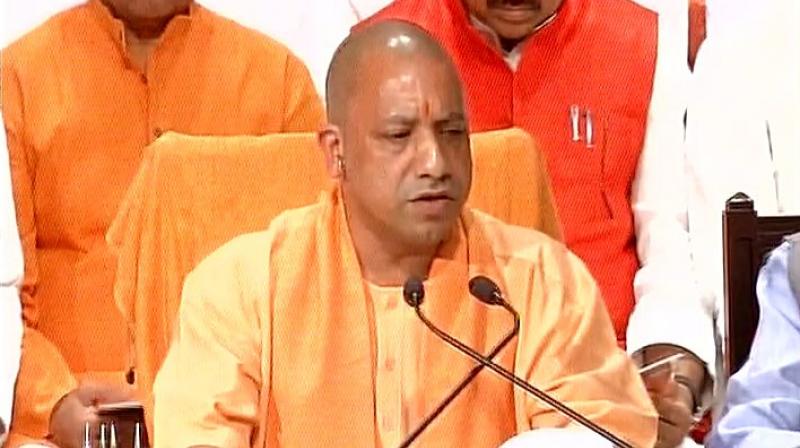 He also demanded a probe by the National Investigation Agency (NIA) into the incident. (Photo: File)

Lucknow: After explosive was found in Uttar Pradesh Assembly on Thursday, Chief Minister Yogi Adityanath called for a strong security system, stating that the incident could be a “terror conspiracy”.

He also demanded a probe by the National Investigation Agency (NIA) into the incident.

“Strong security system must be established as this could be a terror conspiracy. Security guidelines must be issued and everyone must follow them,” Adityanath said at a high-level meeting on Friday.

60 grams of suspicious white powder was found under the seat of Samajwadi Party MLA Manoj Pandey during an ongoing session on Thursday, according to reports. It later sent to forensic lab for testing.

During the meeting, Adityanath said the white powder was Pentaerythritol tetranitrate (PETN) explosive and sought an action against those involved.

“Everyone needs to be cautious related to security matters. Police verification needs to be done for workers in assembly," Adityanath said in the Assembly on Thursday.

“PETN explosive was found, action must be taken against those involved,” he added.