India   All India  14 Jun 2020  India will never compromise on its national pride: Rajnath on Ladakh border row
India, All India

India will never compromise on its national pride: Rajnath on Ladakh border row 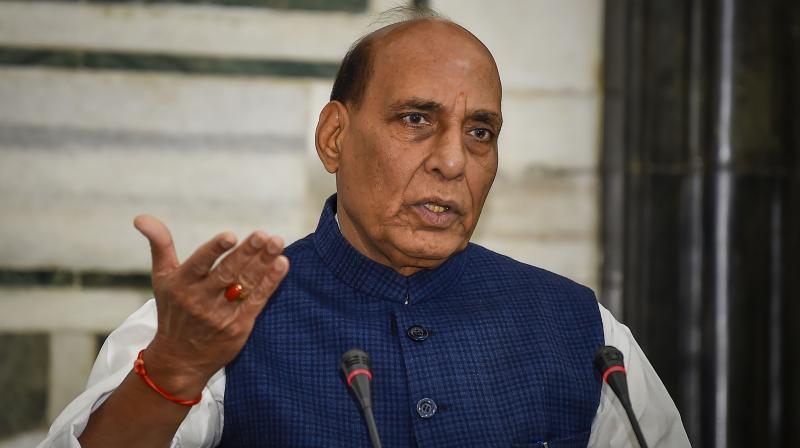 New Delhi: Amid a standoff with China on the Ladakh border, Defence Minister Rajnath Singh said on Sunday that India will never compromise on its "national pride", asserting that it is no longer a "weak" country and that its security capability has increased.

Speaking at a virtual rally for Jammu and Kashmir, Singh also assured the opposition that the central government will not keep Parliament or anyone in the dark about developments on the border and will share details at an appropriate time.

"I want to assure that we will not compromise with national pride under any circumstance. India is no longer a weak India. Our strength in national security has risen. But this strength is not meant to frighten anyone but to secure our country," Singh said.

The senior BJP leader said China has expressed its wish to resolve the dispute with India through talks, and the Indian government also has a similar view.

"This is also our effort to defuse the tussle between India and China through military and diplomatic level talks," he said, noting that the two countries are engaged in military level dialogue.

In his speech, he also stated that the annulment of Article 370, which had given the erstwhile state of Jammu and Kashmir a special status, has led to all round development in the union territory.

The government will carry out so much development in the region in the coming years that people of Pakistan-occupied-Kashmir will demand to be part of India. This will lead to the fulfilment of our Parliament's resolution that PoK is an integral part of India, Singh said.