Imran Hussain claimed the incident took place when he was leaving his office for a meeting on pollution at the L-G office. 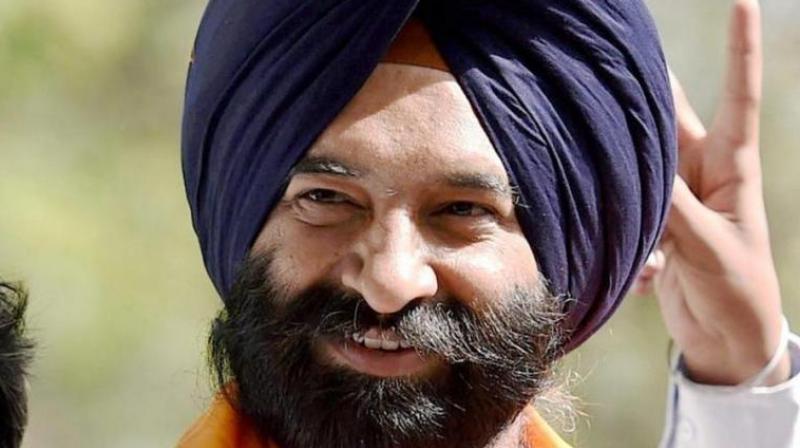 New Delhi: Delhi minister Imran Hussain on Thursday alleged that BJP legislator Manjinder Singh Sirsa and around 20 other men on Thursday "seized the Delhi Secretariat and tried to assault" him.

Hussain claimed the incident took place when he was leaving his office for a meeting on pollution at the L-G office.

He has filed a complaint at the IP Estate police station in this regard.

The Delhi Secretariat had become a "den of hooliganism". The BJP men had "seized" it, he alleged.

Sirsa, who along with other BJP leaders is on an indefinite dharna at the CM office in the Delhi Secretariat, rubbished the charges.

He claimed that he saw Hussain at the secretariat and tried to talk to him about the high pollution level in the city, but he "hurriedly" walked away.

"Like their leader Kejriwal, Hussain and Sanjay Singh are also enacting a drama. There are CCTV cameras and their footage could be examined to verify his claim. I will file a complaint against the duo for defaming me," Sirsa said.

Chief Minister Arvind Kejriwal, who along with his cabinet colleagues is on a dharna at the L-G office for the past four days, alleged that the BJP had "occupied" the Delhi Secretariat.

"Absolutely shocking. How was it allowed? Who allowed this to happen? Where was Police, Security, Bureaucracy?" he tweeted along with a photo of some men at the roof of the secretariat holding a large banner.

The banner read "no one is on strike here, Delhi people are on duty, Delhi CM is on leave".

The security of the secretariat is with the Delhi Police, then how come so many men enter it, put up a banner, raise slogans and reach the top of the building, Singh asked.

"BJP men are creating anarchy there," he charged.