The whale washed ashore at Khardanda near Uran. 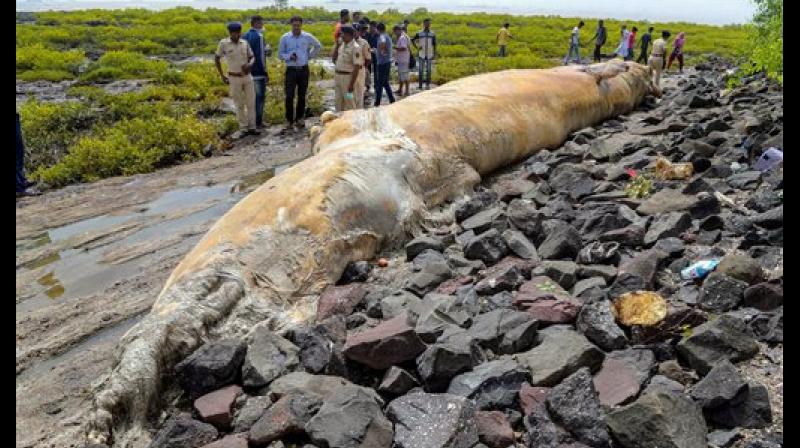 Mumbai: The decomposed body of a 40 feet long whale has washed ashore on the Arabian Sea coast in nearby Raigad district, an official said.

The whale washed ashore at Khardanda near Uran on Wednesday evening, the official said, adding that some visitors to the seashore first spotted it.

"It is likely that this is a blue whale," N Vasudevan, additional principal chief conservator of forest, said.

"We will bury the carcass at the site itself," Vasudevan added. This is the eighth recorded case of a whale carcass washing ashore in Maharashtra in the last three years, the official said.

A 48 feet long whale had washed ashore on the Uran coast in 1978. Another recent incident is from 2016, when a 30-feet whale washed up on Juhu Beach.