The firms moved the application in the tribunal on May 13 after the duo appeared before the law enforcement agency for questioning. 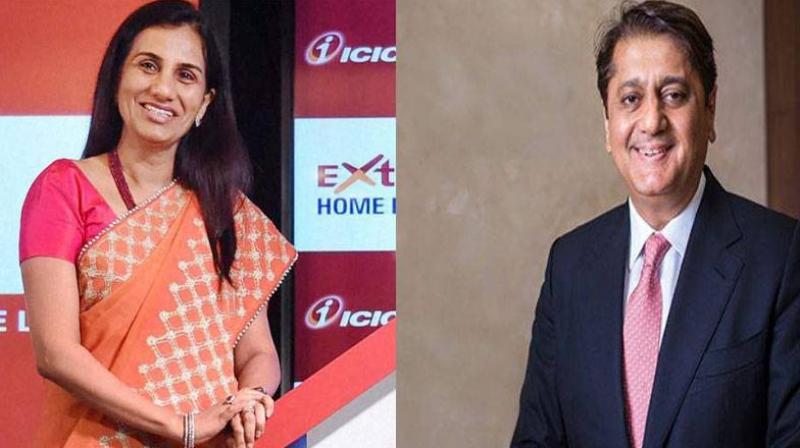 Chanda and Deepak Kochhar will appear before the ED for the second consecutive day of questioning in connection with the case. (Photo: File)

New Delhi: Two firms belonging to former ICICI Bank CEO and MD Chanda Kochhar and her husband Deepak Kochhar have moved a petition in PMLA appellate tribunal seeking the release of documents related to these companies which were seized by the Enforcement Directorate on March 1.

The firms moved the application in the tribunal on May 13 after the duo appeared before the law enforcement agency for questioning.

ED had, on March 1, carried out searches at the premises of Pacific Capital Services Private Limited and Quality Techno Advisors Pvt Ltd. The duo holds stakes in these two companies.

Vijay Aggarwal, appearing on behalf of these two firms, contended that "the companies were not named in the FIR" filed by the CBI on January 22 and that "seizure of laptops, electronic records, the hard disk has caused disruption in the day-to-day work of them."

Aggarwal also said that orders passed by adjudicating authority are with "non-application of mind" and "searches have been conducted in violation of law as independent persons from the same locality were not present at the time of the search."

Chanda and Deepak Kochhar will appear before the ED for the second consecutive day of questioning in connection with the case.

The duo has, in the past, been grilled at the ED office in Mumbai after the probe agency conducted raids in March. While Chanda was summoned on May 3 by the ED, she sought an extension.

Earlier, the ED had questioned Deepak's brother Rajiv Kochhar for three days, from April 30 to May 2. According to ED sources, Rajiv withholds crucial information pertaining to the investigation in the case.

The matter is related to alleged irregularities and corrupt practices in the sanction of the Rs 1,875 crore loan disbursed by ICICI Bank to Videocon Group in 2009 and 2011.

Videocon Group promoter Venugopal Dhoot has also been questioned in connection with this case.