SC said it will examine whether the scheme is in consonance with its judgment and will consider, approve it on May 16. 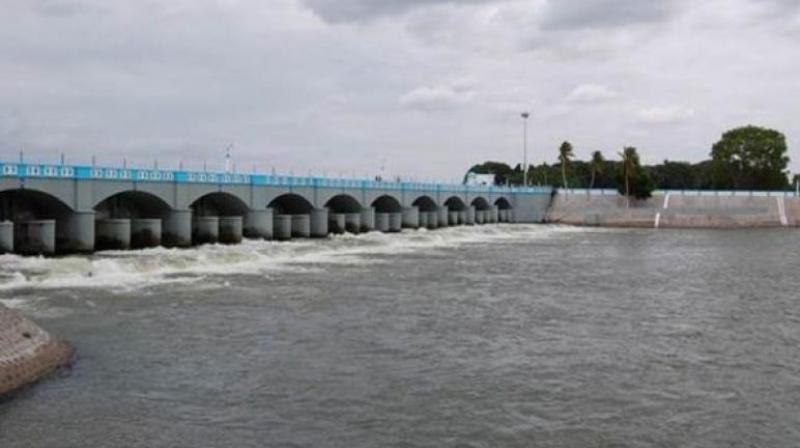 The Supreme Court said it will not go into 'correctness of the scheme' and rather confine itself to whether the scheme was in consonance with its February 16 judgment. (Photo: File)

New Delhi: The Centre on Monday placed a draft of the Cauvery management scheme before the Supreme Court for implementation of its February 16 verdict on sharing of the river's water between Karnataka, Tamil Nadu, Kerala and Puducherry.

A bench, comprising Chief Justice of India Dipak Misra and Justices AM Khanwilkar and DY Chandrachud, took on record the draft scheme submitted by the Union Water Resource secretary and said it would peruse it.

"We need to examine whether the said scheme is in consonance with our judgment," the bench said, adding that it would consider and approve the scheme on May 16.

The apex court said that it will not go into "correctness of the scheme" and rather confine itself to whether the scheme was in consonance with its February 16 judgment.

The court on May 8 summoned the secretary of the Union Water Resources Ministry to appear before it on May 14 with the draft scheme. It also warned the Centre that it was in "sheer contempt" of the February 16 verdict by not framing the scheme on river water sharing till now.

In its verdict on February 16, the apex court had asked the Centre to formulate a scheme to ensure compliance of its judgement on the decades-old Cauvery dispute. It had also raised the 270 tmcft share of Cauvery water for Karnataka by 14.75 tmcft and reduced Tamil Nadu's share, while compensating it by allowing extraction of 10 tmcft groundwater from the river basin, saying the issue of drinking water has to be placed on a "higher pedestal".