West Bengal panchayat poll: Violence across was reported on Saturday. CM Mamata Banerjee has said 14 Trinamool workers have been killed. 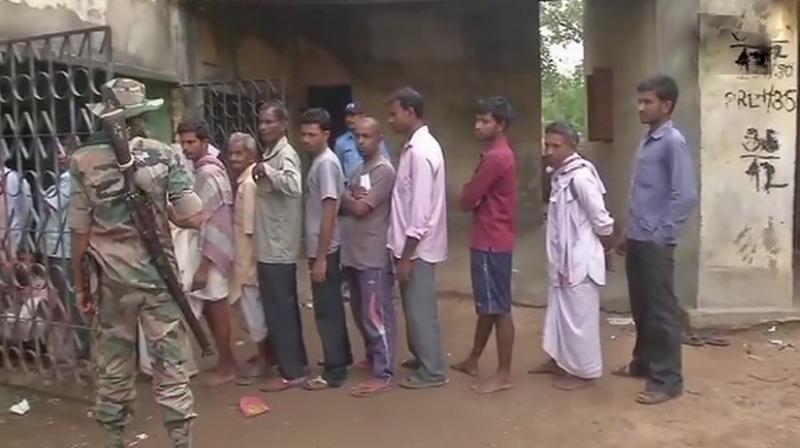 West Bengal Panchayat Polls 2018: Voters standing in a queue outside a polling booth in Purulia's Chakra to cast their vote. (Photo: ANI | Twitter)

Kolkata: After a protracted legal battle, several incidents of pre-poll violence and moving to court over security for candidates who wanted to file their nomination, the much-awaited panchayat polls is being held today in West Bengal amid tight security.

The polls are the last major elections in the state before the 2019 Lok Sabha elections. Political parties are viewing today's poll as a warm up match ahead of the 2019 general elections.

Over five crore people in West Bengal will vote in the panchayat polls today.
Since filing of nominations commenced on April 2, opposition parties in the state, including the CPM, BJP and Congress, claimed that most of their candidates could not file their papers due to what they called Trinamool's "terror tactics". The allegation was denied by the state's ruling party.

Here are developments to the story: