In terms of the number of passengers also, the city airport tops with 45.2 million people flying in and out in fiscal 2017. 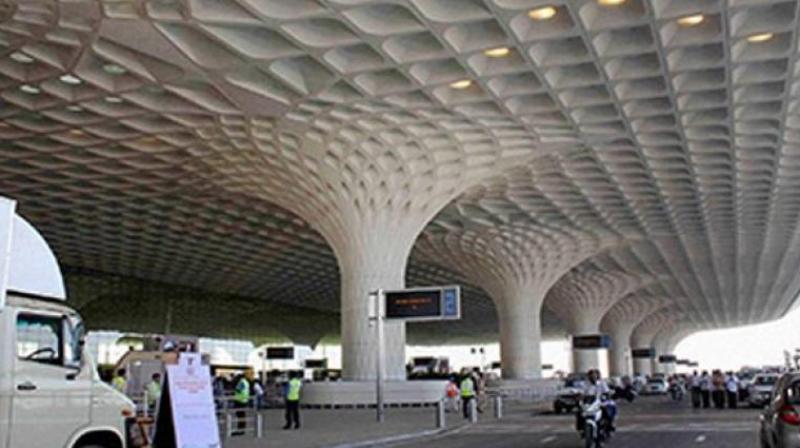 Mumbai: The GVK group-run Mumbai airport has become the world's busiest amongst the single-runway facilities by handling 837 flights a day or one in 65 seconds on an average in fiscal 2017, overtaking London's Gatwick airport that had 757 flights a day.

In terms of the number of passengers also, the city airport tops with 45.2 million people flying in and out in fiscal 2017 as against 44 million at Gatwick airport.

Notably, no other large city in the world is served by one airport, that too with a single-runway. Besides, illegal squatters occupy nearly one-third of the airport land.

The second airport proposed in Navi Mumbai is yet to come up.

All the leading cities like New York, London, Dubai, and Singapore have more than one airports with multiple runways. The New Delhi airport has three parallel runways in use at any given time.

As against this, Mumbai has to make do with a single runway (09/27) for all passenger and cargo aircraft and when it is shut for repairs, it uses the secondary runway (1432).

In terms of aircraft movement in a day, the city airport had one plane take-off or landing in 65 seconds, which means it handled on an average 48 flights, peaking at even 52
movements at times, making it the busiest in the world on both the counts, an airport spokesperson said.

The ATC (air traffic controller) thus has to manage two arrivals every 130 seconds and one departure in between these two arrivals. So there is one take-off or touch-down
every 65 seconds from the main runway.

That means the land-starved airport handled a whopping 837 flight movements a day, which on an average is 80 flights more than Gatwick handling 757 movements in a day, the spokesperson said.

There are days when the number crosses even 900 movements a day, she said.

However, the Delhi airport handles much larger number of passengers.

Out of the 45.2 million passengers at the Mumbai airport, 12.4 million were international travellers.

The airport's originally envisaged capacity is only 40 million passengers.

Mumbai currently has an extensive network that takes passengers to over 95 domestic and international destinations.

When the GVK group took over the operations of the airport in fiscal 2006, it handled just 18 million passengers.

By handling 44 million passengers, Gatwick airport in the British capital was delegated to be the world's second busiest airport with single-runway operations, a position it held for many years.

However, it lost the position to Mumbai in fiscal 2017 which handled 45.2 million passengers between April 2016 and March 2017, the airport spokesperson said.

Recently, the city airport welcomed two Airbus A350-900 that resulted in it becoming the only airport in the country to handle daily operations of two of the world's most advanced premium passenger aircraft, the spokesperson said.

"To augment operational efficiency, we are expediting a host of projects and initiatives including constructing rapid exit taxiways, widening runways and taxiways and improving airspace management, helping us seamlessly accommodate an increasing traffic," she said.

"Currently, work is on to connect the taxiway to runway 27 which can provide the much-required additional holding area for aircraft ready to take off on the main runway," the spokesperson added.