UP: 90-yr-old woman sells her 5 goats to construct toilet for 120-yr-old mother-in-law

Chandana said she decided to construct a toilet after her mother-in-law fell down and broke her leg while going out to defecate. 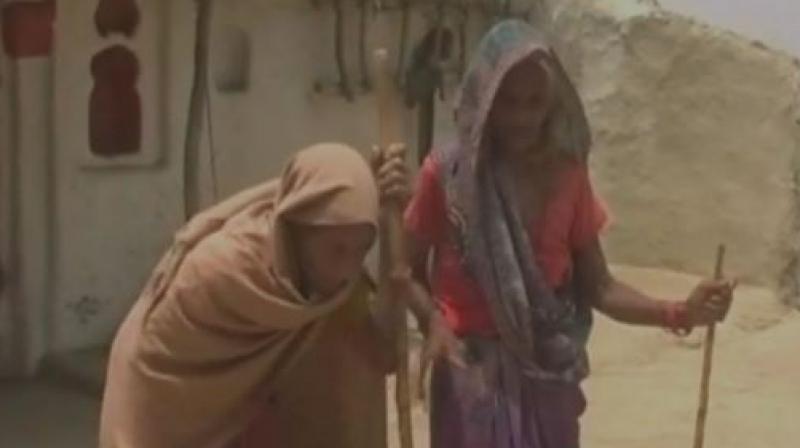 Chandana sold her five goats to generate capital to build the toilet as no government authority helped her in this cause. (Photo: Twitter | ANI)

Kanpur (Uttar Pradesh): A 90-year-old in Uttar Pradesh's Kanpur district has sold her five goats to construct a toilet for her 120 year old mother- in-law.

When everyone else is celebrating Mother's Day with bouquets and cupcakes, Chandana from Kanpur Dehat gave her mother- in- law a unique gift.

Chandana can be seen as an ambassador for the Central Government's campaign to improve sanitation in rural India.

She sold her five goats to generate capital to build the toilet as no government authority helped her in this cause.

She said that the day her mother-in-law had gone out for defecation and fell down and broke her leg was when she decided to have a toilet built for her.

Chandana's son Ram Prakash said that the village sarpanch and district authorities didn't do anything even when his mother tried seeking help from them. It was then that she decided to build the toilet by herself.

Chandana facing rejection from the government authorities decided that she will take things in her own hand.

Despite of being financially unstable, she gathered courage and sold her goats for this special gift for her mother-in-law.

When contacted, the village sarpanch tried to shift the blame on the district authorities.

He said, "We have time and again given list to the district authorities but till now not even one toilet has been constructed."

The district officials appreciated Chandana's determination and they said that they will conduct an enquiry into the matter.