India   All India  14 May 2017  Petition to not allow GM Mustard cultivation
India, All India

Bhushan said the issue is that with GMO contamination, our mustard will be changed at the molecular level and toxicity will remain in perpetuity. 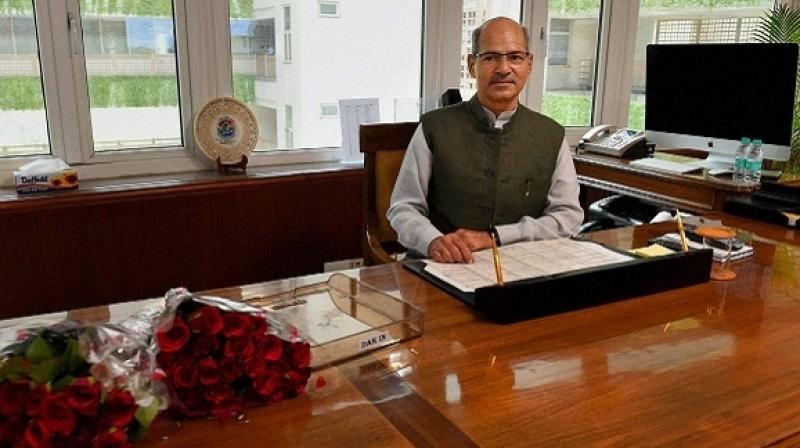 New Delhi: Senior advocate Prashant Bhushan has urged the Union environment minister Anil Dave not to grant the government’s approval for the commercial cultivation of GM Mustard following the clearance given on Friday by the Genetic Engineering Appraisal Committee under his  ministry.

In his letter addressed to the minister, advocate Bhushan referred to the assurance given by the attorney-general Mukul Rohatgi in October last that GM Mustard will not be released for commercial cultivation without the court’s nod in the pending litigation filed by Aruna Rodrigues. On October 7, 2016, the court had recorded AG’s undertaking and had asked the Centre not to release the GM mustard till the court takes a call on all the issues.

Referring to this undertaking and the court’s order, Mr Bhushan said the issue is that with GMO contamination, our mustard will be changed at the molecular level and toxicity will remain in perpetuity.

“Are we prepared to be the agents for such monumental risk and put India and its people in jeopardy without any recourse and remedy?”, he asked.

He expressed a deep disquiet and anxiety at the opaque and unscientific regulatory oversight of this GM mustard, which is also an herbicide tolerant (GM) crop. It has resulted in its undoubtedly flawed approval for ‘Commercialisation’ by the GEAC.

Asking the government to withhold approval, Mr Bhushan said it is a grave matter of the independence, surety and rigour of the oversight of the biosafety of HT Mustard DMH-11 which is critical for India’s agriculture in mustard and its food safety (both as a vegetable and seed oil).

He wanted the Centre to take note of the lessons of history of GMO regulation in India, embedded as it is in the most serious conflicts of interest and lack of expertise, where regulation has become farcical. For this reason, self-assessed safety dossiers by crop developers are kept secret by our Regulators and governing Ministries.

He pointed out that the Bt Brinjal Biosafety-Dossier remained unpublished for 16 months despite a Supreme Court order, but eventually, the Regulators had to comply with its full publication (with the raw data), which then revealed its fraudulence when examined and appraised by independent scientists of international stature. Studies said to be done were not done, as many as 36 of 37 environmental studies, leaving aside other risk assessment protocols. And till date, the GM mustard dossier remains unpublished in willful Contempt of Court.

He said “I would urge you on behalf of our Nation not to endorse this outrageous and antinational approval, but reject it in the public interest. You will be doing India a noble service in posterity.”