Responding to the AAP's claim that Mishra was 'parroting' Lekhi said the sacked minister was once Kejriwal's confidant. 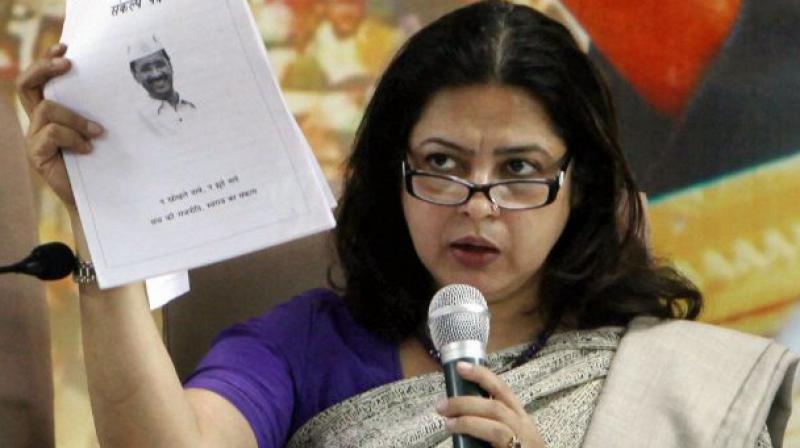 She said Kejriwal must come clean about the allegations levelled by the sacked Delhi minister.

He must respond to Mishra's claims instead of resorting to mud-slinging, she demanded.

"Mr Corrupt has increased corruption in Delhi by leaps and bounds and this has overshadowed governance. The AAP's leadership is being questioned because it is one man's party indulging in corrupt practice and filling the coffers of his own family and people around him," Lekhi said.

The AAP swept to power in Delhi riding on its anti- corruption movement.

Responding to the AAP's claim that Mishra was "parroting" the BJP, Lekhi, an MP from central Delhi, said the sacked minister was once Kejriwal's confidant.

"Nobody has to parrot the BJP's lines. This person (Mishra) is somebody at whose behest people like Prashant Bhushan and Yogendra Yadav were thrown out of the AAP. He was close to Mr Corrupt.

"The BJP has nothing to do with him. When people from within the AAP are questioning the party leadership, we really don't have much task to do. We can only ask questions in consonance," she said.

Earlier on Sunday, Mishra told the media at his residence that the AAP had received "crores of rupees" from "shell companies" run by people close to Kejriwal.

He said there were discrepancies in the money received by the AAP and the amount it declared before the Election Commission.

The AAP refuted Mishra's charges and said he was "parroting" the BJP.