India   All India  14 May 2017  J&K: Pakistan continues to provoke, violates ceasefire in Rajouri
India, All India

The Indian Army is retaliating to the unprovoked act strongly and effectively. 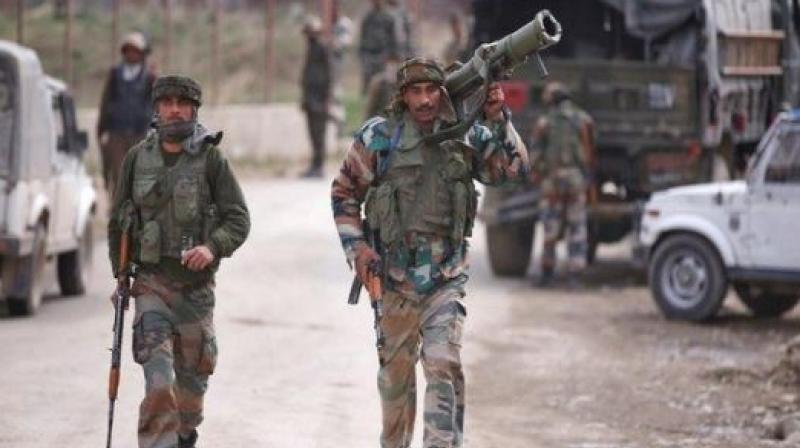 Rajouri: The Pakistan Army on Sunday initiated indiscriminate firing of small arms, automatics, 82 mm and 120 mm mortars along the Line of Control (LoC) in Chiti Bakri area of Rajouri sector in Jammu and Kashmir.

The Indian Army is retaliating to the unprovoked act strongly and effectively.

Islamabad violated ceasefire post 6:45 a.m. and more than 7 villages have been targeted.

At least two civilians including a minor girl were killed and nine people, including four soldiers were injured as Pakistan pounded 35 villages and Indian posts with mortars along the LoC in Jammu and Kashmir's Rajouri district yesterday.

In wake of the attacks a total of 193 families, comprising of 743 persons, took shelter in camps. As many as 609 border residents were evacuated late last evening.

In another development, as many as 51 schools of the Nowshera region, and 36 of Manjakote and Doongi zones have been closed for an indefinite period.