Mehbooba Mufti has asked for termination of arrested officers in the case under Section 126-C and Article 311. 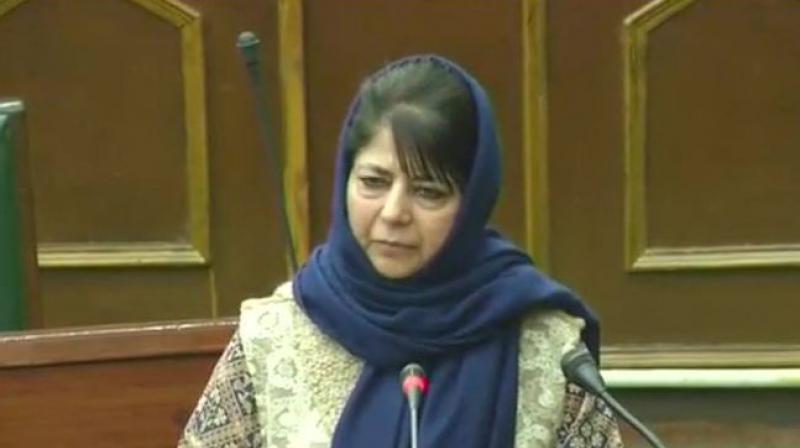 Jammu and Kashmir Chief Minister Mehbooba Mufti is pushing for a fast-track court to be set up to expedite the Kathua gangrape and murder case and ensure speedy justice to the family of the 8-year-old victim. (Photo: File)

Srinagar: In a big step by the Jammu and Kashmir government, Chief Minister Mehbooba Mufti is pushing for a fast-track court to be set up to expedite the Kathua rape and murder case and ensure speedy justice to the family of the 8-year-old victim.

The Chief Minister has also asked for the termination of arrested officers in the case under Section 126-C and Article 311.

A People's Democratic Party (PDP) source speaking to news agency ANI, said the fast-track court is likely to deliver its verdict in the case within 90 days.

The official order regarding the same is expected to be issued on Saturday evening.

The appointed judge in the case will be hearing the case of the gangrape and murder of 8-year-old girl only, till its closure.

The UN chief has expressed hope that authorities will bring perpetrators of the brutal rape and murder of the 8-year-old in Jammu and Kashmir’s Kathua district to justice.

Ahead of the crucial PDP meeting, senior party leader Nayeema Mehjoor, who is also the state's women commission chief, has spoken out and demanded the Chief Minister to pull out from the coalition with the Bharatiya Janata Party (BJP).

Pressure has been mounting on Mehbooba Mufti to end alliance with the BJP after two BJP leaders were accused of defending Kathua rapists.