India   All India  14 Apr 2017  India-Pakistan dialogue must not stop: Kasuri
India, All India

India-Pakistan dialogue must not stop: Kasuri

“Let’s not let things drift. It is in the national interest of Pakistan to have good relations with India,” Mr Kasuri said. 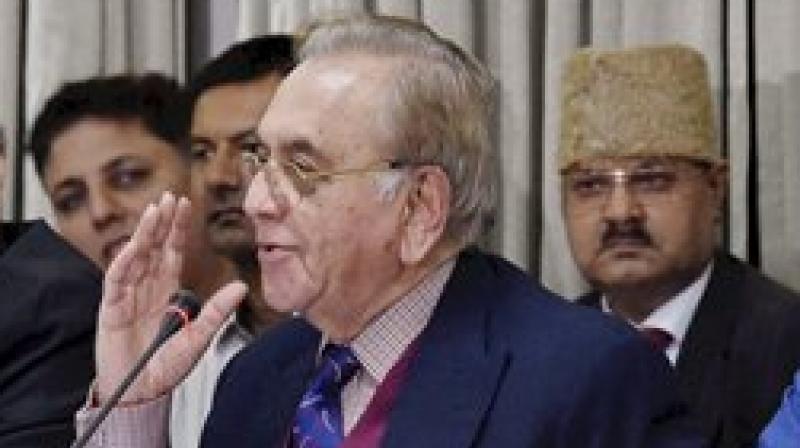 New Delhi: The news item “Pak envoy calls Jadhav terrorist” that appeared in this newspaper on April 12 erroneously mentions that the event “Improving Indo-Pak Relations” organised by the Centre for Peace and Progress at the India International Centre in New Delhi was cancelled.

Speaking at the event, former Pakistan foreign minister Khurshid Mahmud Kasuri said both neighbours should not stop the process of dialogue.

“Let’s not let things drift. It is in the national interest of Pakistan to have good relations with India,” Mr Kasuri said. “A solution based on force is not tenable. Pakistan can do nothing and neither can India. What has force got us? Simply outwitting each other will not work,” he added.

These remarks by the former Pakistani leader come at a time when the Pakistani authorities have sentenced Indian national Kulbhushan Jadhav to death on charges of espionage.