Congress worker Mitesh Parmar tried to garland the statue saying he is a Dalit and it is his right to do so. 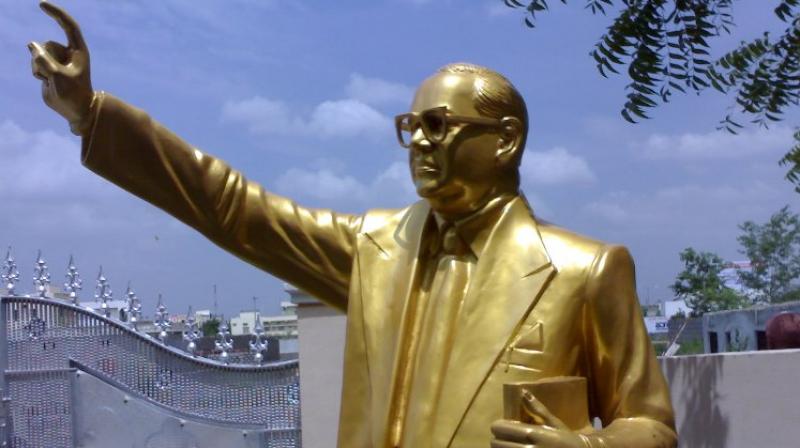 Vadodara: A Congress activist of Dalit community was injured in a clash with BJP workers following a dispute on who will garland the statue of Dr B R Ambedkar on his birth  anniversary.

Before city Mayor Bharat Dangar could reach the spot, Congress worker Mitesh Parmar tried to garland the statue saying he is a Dalit and it is his right to do so. The BJP workers tried to stop him saying that as per the protocol, the mayor will garland the statue first.

This led to an argument and later a clash broke out between the workers of both the parties. The police detained Parmar and took him to Gotri police station where he complained of chest pain and injuries on his body.

Police took him to a nearby hospital for treatment. He was later shifted to the city's SSG hospital. In his complaint lodged with the Gotri police, Parmar said he was "heavily beaten up by BJP workers" in the presence of Mayor Dangar, MP Ranjanben Bhatt and other corporators.

He demanded that action should be taken against those involved in the incident. City Congress unit president Prashant Patel and leader of opposition in Vadodara Municipal Corpration Chandrakant Bhatthu rushed to the spot after the incident.

They staged a dharna alleging that their party worker Parmar was wrongly detained by the police and demanded his immediate release. Meanwhile, Mayor Dangar, BJP MP Bhatt and other party leaders from the city garlanded the statue of Ambedkar and paid rich tributes to him. The local BJP leaders refused to comment on the incident.