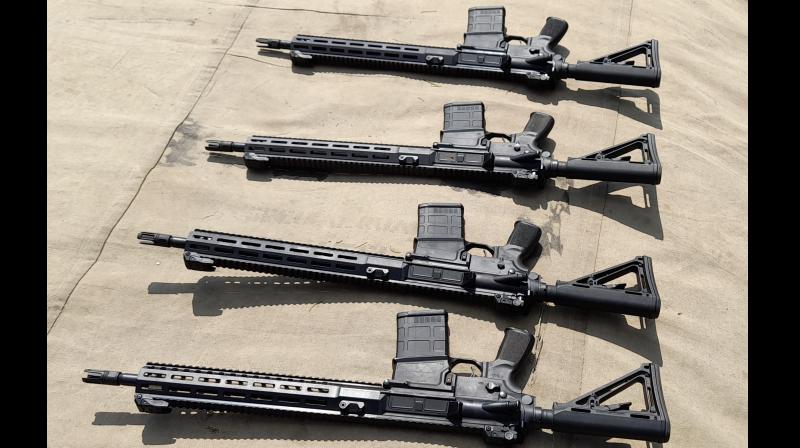 New Delhi: Indian Army's Infantry battalions across the country have started getting the deadly US made advance assault rifles Sig Sauer in a big boost to their capability. According to sources, the Infantry soldiers who were deployed at the LAC and LoC first started getting Sig Sauer rifles.

Now soldiers in other Infantry commands are also getting the rifles. "Atleast two companies in each Infantry battalion are getting Sig Sauer rifles," said sources. Many units are conducting firing practices with the gun.

Till now INSAS (Indian small arms system) rifles manufactured locally by the Ordnance Factories Board was the main weapon of the Indian Army. However, there were many glitches in INSAS rifles. It used to get jammed. The 5.56 mm bullet in many cases didn't kill the terrorist in one shot which was another major drawback.

Sig Sauer bullet is 7.26 mm which is bigger than INSAS. "Sig Sauer is shoot to kill weapon. One bullet for one enemy," said an official. Sig Sauer has an effective killing range of 600 meters against around 400 meters for INSAS. Another advantage is that Sig Sauer can be used by both left and right-handed soldier. It has sights to aim fire. "SiG Sauer fire is very precise and the metal is also very good," said the official.

Earlier, India had signed a contract with a US firm Sig Sauer for 72,400 assault rifles at a cost of around Rs 700 crore. The assault rifle was bought through the fast-track procurement (FTP) route.

In September 2020, Defence Acquisition Council (DAC) had approved purchase of second batch of 72,000 SiG Sauer assault rifles from US for frontline for Rs 780 crore. These rifles are used by US forces as well as several other European countries.