Wait, it won't increase the price you pay at the bunk, but the price cut you were expecting isn't happening 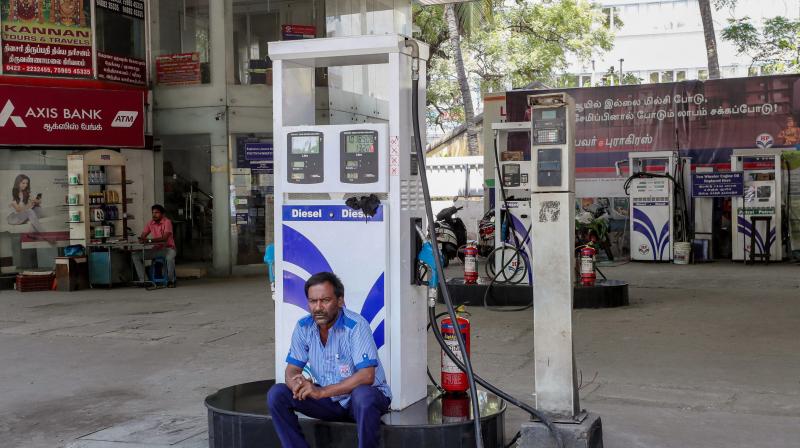 Most Indians were expecting a cut in petrol and diesel prices after international prices fell below USD 35 per barrel earlier this week. (PTI)

New Delhi: The Union government today hiked excise duty on petrol and diesel by a steep Rs 3 per litre each to garner about Rs 39,000 crore additional revenue. This is a repeat of this government's 2014-15 act of not passing on gains arising from a slump in international oil prices.

Retail prices of petrol and diesel will not be impacted by these tax changes as state-owned oil firms will adjust them against the recent fall in oil prices and the likely trend in the near future, industry officials said.

According to a notification issued by the Central Board of Indirect Taxes and Customs, the special excise duty on petrol was hiked by Rs 2 to Rs 8 per litre in the case of petrol and to Rs 4 a litre from Rs 2 in the case of diesel.

Additionally, road cess was raised by Re 1 per litre each on petrol and diesel to Rs 10.

With this, the total incidence of excise duty on petrol has risen to Rs 22.98 per litre and that on diesel to Rs 18.83.

Officials said the increase in excise duty will result in an annual increase of government revenues by about Rs 39,000 crore. The gains during the remaining three weeks of the current fiscal would be less than Rs 2,000 crore.

Petrol and diesel prices, which are changed on a daily basis, were cut by 13 paise and 16 paise respectively as oil companies adjusted the excise duty hike against the drop in prices that warrants from international rates slumping the most since the Gulf war.

The government had between November 2014 and January 2016 raised excise duty on petrol and diesel on nine occasions to take away gains arising from falling global oil prices.

Government sources said that while the benefit of reduction of crude prices in the first quarter of this year has significantly gone to the consumer, the Centre has taken this step of increasing duty to raise some revenue in view of the tight fiscal situation. This would help in generating the resources for development of infrastructure and other developmental items of expenditure, they said.