Law will take its course on Rajiv killers: Rahul Gandhi

Congress’ allies viz. the DMK, VCK, MDMK and the left parties as well have been insisting upon the convicts’ release. 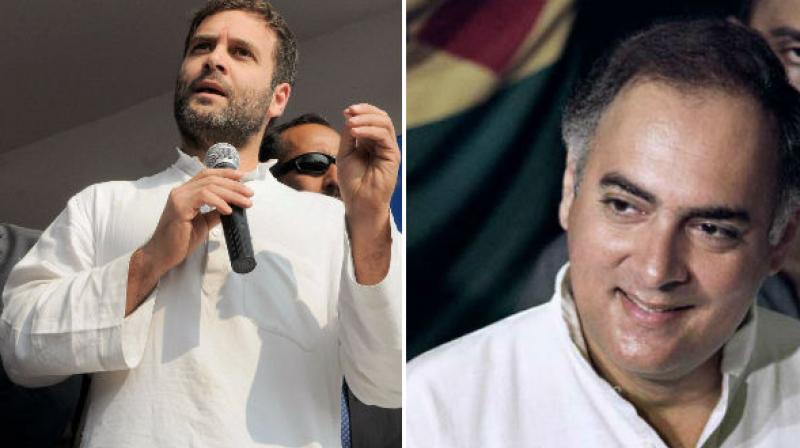 Chennai: Congress president Rahul Gandhi threw cold water on the hopes of Arupthammal, mother of Perarivalan and scores of others, that he would come out with a strong statement in support of the release of the seven convicts in the Rajiv Gandhi assassination case. But contrary to expectations, he made a distinction between personal issue and rule of law and said the law should take its course.

“We are quite forgiving people and we don’t have hatred or animosity towards anyone. This (assassination of his father and former Prime Minister Rajiv Gandhi in 1991) presents two issues – me and my family, which is personal; and the legal aspect. Law should take its own course. Whatever the course will be, we will be happy with it,” he told reporters here on Wednesday on the emotive issue, before leaving for Nagercoil to launch the UPA poll campaign.

Several agitations were held in various parts of Tamil Nadu and neighbouring Puducherry, too, by Arputhammal, along with members of various political parties and civil society, demanding Governor Banwarilal Purohit to order the release of the seven life convicts in the former Prime Minister assassination case. The convicts: Nalini, Murugan (Nalini’s  husband), Santhan, A.G. Perarivalan, Robert Payas, S. Jayakumar  and Ravichandran, have spent the last 28 years in prison.

The State government had on Sept. 9, 2018, recommended the release of all the convicts under Article 161 of the Constitution.

Congress’ allies viz. the DMK, VCK, MDMK and the left parties as well have been insisting upon the convicts’ release. They have been accusing the ruling AIADMK and BJP-led government at the Centre of inaction on the issue.