BJP finished as the second largest party in Manipur polls, winning 21 of the 60 seats as against Congress' 28, but has allies on its side. 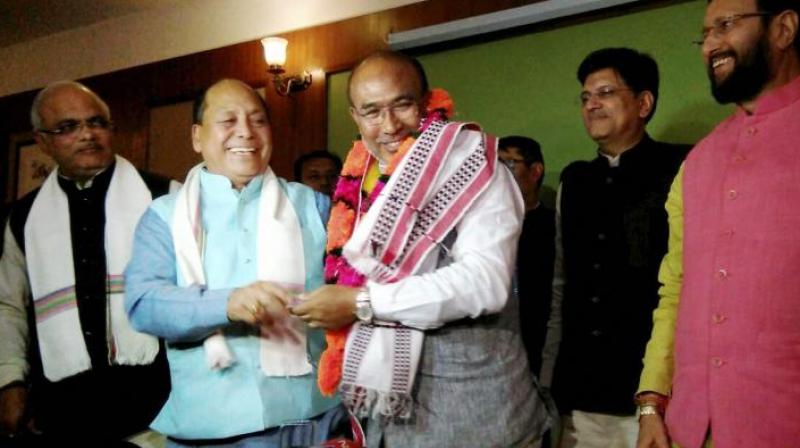 The BJP on Monday selected N Biren Singh as their CM choice for Manipur.

Like Goa, the BJP finished as the second largest party in Manipur Assembly polls, winning 21 of the 60 seats as against Congress' 28. However, the Naga People's Front (NPF), the National People's Party (NPP), the Lok Janashakti Party (LJP) and 1 rebel Congress MLA extended support to the BJP, taking their tally to 32.

CM Okram Ibobi Singh resigned on Monday after showing initial reluctance to do so. He had approached Heptulla with the names of 4 NPP MLAs who he claimed supported the Congress. However, Heptullah asked for the MLAs themselves to be paraded before her, and later, the NPP chief said the note shown by Singh to Heptulla was 'fake'.

The Congress has claimed that BJP's act of staking claim in Manipur and Goa was 'murder of democracy', a charge refuted by Finance Minister Arun Jaitley in a hard-hitting post on Facebook on Tuesday.