The court rejected Singh’s plea that he may be permitted to peruse the file relating to Vinay Sharma’s mercy petition. 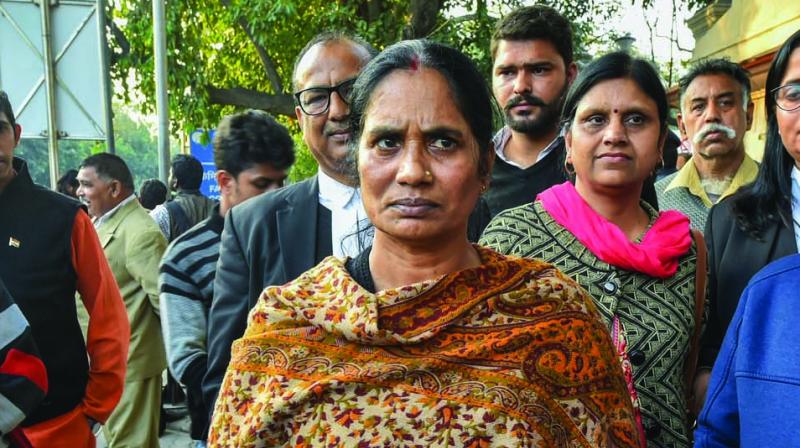 New Delhi: The Supreme Court on Thursday reserved its verdict on a plea by Vinay Sharma — one of the four death row convicts in Nirbhaya case — challenging the rejection of his mercy petition by President Ram Nath Kovind.

A bench comprising Justice R. Banumathi, Justice Ashok Bhushan, and Justice A.S. Bopanna reserved the order with solicitor general Tushar Mehta producing the entire record relating to Vinay Sharma’s mercy petition demonstrating that there was no procedural infirmity and everything was followed to the last dot.

Advocate A.P. Singh told the court that Vinay Sharma was ill-treated in the jail, was beaten up several times, subjected to indignities and torture by the jail staff and other jail inmates.

The court rejected Mr Singh’s plea that he may be permitted to peruse the file relating to Vinay Sharma’s mercy petition.

The court will pronounce its order on Friday (Feb. 14) and will also hear the Centre’s plea for separate hanging of three convicts — Vinay, Akshay, and Mukesh — who have already exhausted all the legal remedies, including mercy petition.

The Centre and the Delhi government have approached the top court challenging the Delhi high court’s judgment holding that all the four death row convicts in Nirbhaya gang-rape and murder case will be executed together and not individually.

Notice to the four convicts on Centre and Delhi government’s plea for separate execution of death sentence was issued on February 11, 2020.

A Delhi court on Thursday appointed an advocate to represent Pawan Gupta, one of the four death row convicts in the Nirbhaya gang-rape and murder case, after he refused to take a lawyer offered by District Legal Services Authority (DLSA) as legal aid.