Supreme Court on Thursday delivered a split verdict on the contentious issue of control of services in the National Capital Territory. 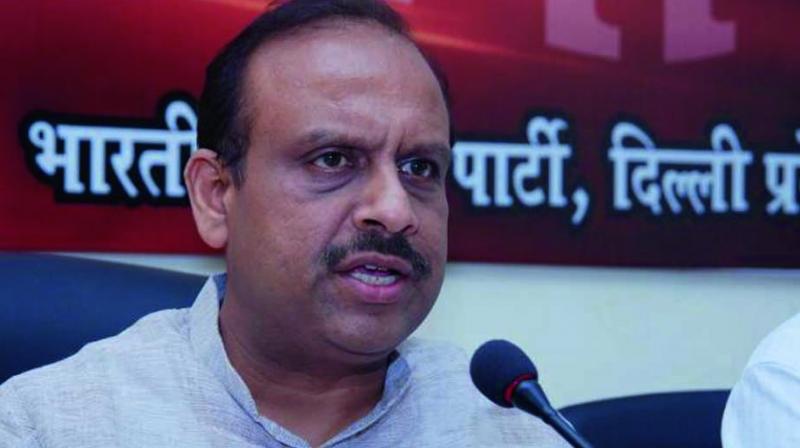 There should no scope for "confusion or conflict" and AAP government should humbly accept Supreme Court judgement, said Vijender Gupta. (Photo: PTI)

New Delhi: The Delhi unit of the BJP on Thursday welcomed the Supreme Court judgement and said it removes ambiguities in the powers of the Delhi government.

There should no scope for "confusion or conflict" and the AAP government should humbly accept the Supreme Court judgement, Leader of Opposition in the Delhi Assembly Vijender Gupta said.

"We welcome the Supreme Court decision removing ambiguities in the powers of the Delhi government. After this verdict, there shouldn't be any scope for confusion or conflict. The Delhi govt should humbly accept it and govern the capital as it was being done before they had come to power," Vijender Gupta said on Twitter.

The Supreme Court on Thursday delivered a split verdict on the contentious issue of control of services in the National Capital Territory in the tussle between the Delhi government and the Centre and referred the matter to a larger bench.

A two-judge bench comprising Justices A K Sikri and Ashok Bhushan, however, agreed on their views on disputes pertaining to the Anti-Corruption Branch, setting up of a commission of inquiry, control over electricity boards, land revenue matters and appointment of public prosecutors.

The apex court also upheld the Centre's notification that its employees cannot be probed in corruption cases by ACB of Delhi government.