‘Uniform Civil code is not an issue at all in this case. It is a pure question of law,’ the CJI said. 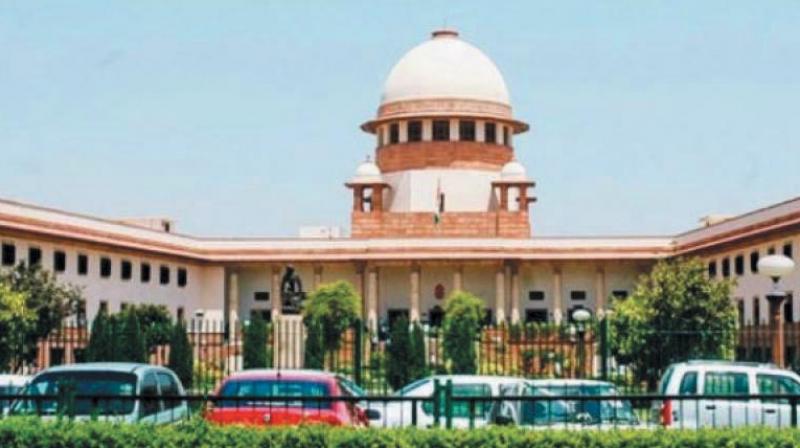 New Delhi: The Supreme Court on Tuesday made it clear that it will not go into the question of uniform civil code but confine itself only to the legal validity of `triple talaq’ raised in various petitions.

A three-judge bench of Chief Justice J.S. Khehar and Justices N.V. Ramana and D.Y. Chandrachud gave this clarification when counsel wanted know whether uniform civil code is one of the issues to be taken up for consideration.

The CJI said “UCC is not an issue at all in this case. It is a pure question of law. It is more of a human rights issue.” The Bench asked the counsel to submit a list of points to be decided by the court on Thursday.

The issues to be decided by the court include:

The Narendra Modi government has already opposed the triple talaq form of divorce and said it is not an essential religious practice in Islam. The Centre said that the validity of triple talaq and polygamy has to be seen in the light of gender justice, equality and dignity of women. It said women in India should not be denied their constitutional rights even as several Muslim countries have undergone extensive reforms.

It said practices like triple talaq are against the principles of equality and dignity enshrined in the Constitution and there is no reason that women in India should be denied their constitutional rights. The sanctity of triple talaq is completely misplaced in a secular country and is unfair, discriminatory and unreasonable.

All India Muslim Personal Law Board had asked the apex court not to interfere with personal laws. The Board contended that personal laws cannot be re-written in the name of reforms.

On triple talaq the board said that marriage is a contract in which both parties are not physically equal as male is always stronger and female a weak partner. Securing separations through a court of law takes a long time and deters the prospects of re-marriage. Further personal laws cannot be challenged as being violative of the fundamental rights and therefore uniform civil code is not enforceable.