Subramanian Swamy on Tuesday said India has democracy just because Hindus are in the majority. 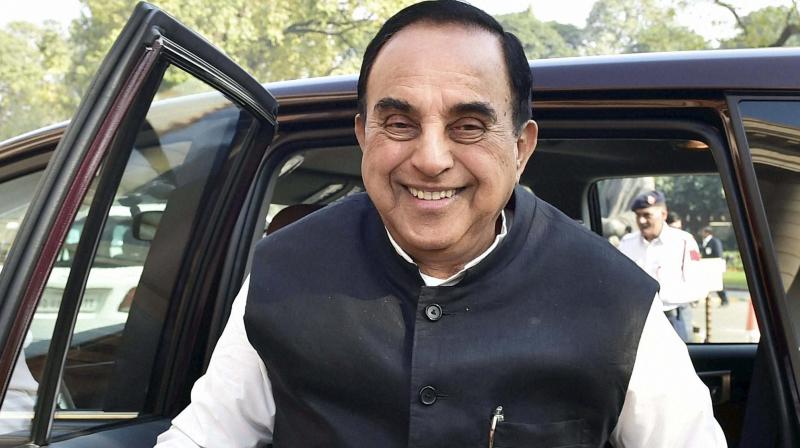 New Delhi: Minister of State Home Affairs Kiren Rijiju, who found himself in a tough spot after his tweets on decline in Hindu population, has found support in the Bharatiya Janata Party (BJP) and Rashtriya Swayamsevak Sangh (RSS).

Backing his statement, BJP leader Subramanian Swamy on Tuesday said India has democracy just because Hindus are in the majority. On the other hand, RSS leader Rakesh Sinha hailed him for attracting the attention of the nation towards the demographic imbalance that is taking place in the nation.

"As Hindus are in majority, there is democracy in our country. As we see in Islamic countries where Muslims are in majority, there is no democracy. For the sake of democracy, we have to make sure the overwhelming majority of population remains of Hindus and the question is how to do it. If Muslims also took to family planning as Hindus then this problem would not be there," Swamy said.

Supporting his claim with evidence, Swamy also asserted that Census of 2001 and 2011 indicated the slump in the proportion of Hindus which was a question of alarm.

"His statement is taken out of context as he was basically talking about the decline in population percentage of the Hindus as a ratio of the total population. This is a continuing civilisation of Hindus and we don't want to lose that," he added.

Sinha said that it is Rijiju's duty to bring up such a matter in front of the nation, as demographic imbalance impacts social harmony and national integration

" Kiren Rijiju spoke something which is already in the census report of Government of India. This is a statement of fact and it is a matter of concern. And as Minister of Home Affairs, it is his duty to attract the attention of the nation that demographic imbalance is taking place and this demographic imbalance is not merely a number game, but it also impacts social harmony and national integration. So I think nation should appreciate him for bringing the facts before the society and Indian people," Sinha told ANI here.

Rijiju on Monday dubbed as irresponsible the Congress’ allegations that the Narendra Modi-led BJP government was trying to convert Arunachal Pradesh into a Hindu state and asked the grand old party not to make such provocative statements.

"Hindu population is reducing in India because Hindus never convert people. Minorities in India are flourishing unlike some countries around," Rijiju said in his tweet.

Posting a series of tweets along with a screenshot of a news report that quoted the Arunachal Pradesh Congress Committee as saying that the BJP government is "trying to convert Arunachal Pradesh into a Hindu state", Rijiju reminded the grand old party that India is a secular country.

"Why is Congress making such irresponsible statements? People of Arunachal Pradesh are unitedly living peacefully with each other. Congress should not make such provocative statements. India is a secular country. All religious groups enjoy freedom and living peacefully," he added.

A controversy erupted over a tweet by Rijiju, in reaction to the Congress' charge that the BJP was turning Arunachal Pradesh into a 'Hindu state', that India's Hindu population was reducing as they didn't 'convert' people. This was seen as a bid to woo voters for the ongoing assembly polls in Uttar Pradesh where the BJP, the Samajwadi Party, the Congress and the Bahujan Samaj Party have all accused each other of trying to polarise the polls.