Jaishankar was speaking during a discussion on 'Political change and economic uncertainties' at the Gateway Dialogue event. 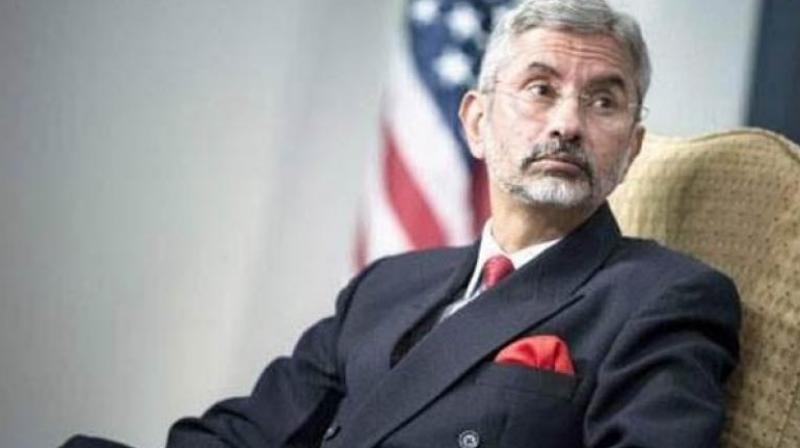 New Delhi: Pakistan needs to shut down "terrorism factory" and there is now international concern about it, Foreign Secretary S Jaishankar on Tuesday said.

He also asserted that India has not given up on SAARC, but it will keep looking for other opportunities for regional integration "since SAARC is stuck".Speaking on ties with China, Jaishankar said "it does not help to duck issues" and admitted that there was a need to invest more to manage the relationship better.

Jaishankar was speaking during a discussion on "Political change and economic uncertainties" at the Gateway Dialogue event, co-hosted by Ministry of External Affairs. He also cautioned against "demonising" US President Donald Trump. "Don't demonise Trump, analyse Trump. He represents a thought process. It's not a momentary expression," he said.

Trump has been facing criticism over his controversial immigration policy. Jaishankar said that western countries may not be open about Pakistan and terrorism problem but they have concerns.

"Western countries may not be open about Pakistan and terrorism problem but they have concerns. The issue really here is whether Pakistan is willing to take fundamental steps. They need to shut down terrorism factory," he said.

"The thinking on Pakistan is necessarily security centric because the fact is we can live in a situation of very little threat but not in a situation of terrorism on and off, which will be the case as long as the factory keeps running," he said.

"Terrorism in the past was seen as our problem but now it's a bigger problem. There is today international concern (on terrorism)," he said.

He said India's multilateral engagement is not just good "for branding purposes but it also works in India's interest".

"We are approaching multi-polarity. Everyone is playing everybody," he said. Visualising a greater role for India on international scene, he said time has come for the country to take a lead on global stage, since the major countries are 'narrowing down'.

"At a time when horizons of a lot of major countries are getting narrower...If the major (countries) are pulling back there is a space out there and it is in our interest to use that space. In my views, we should be looking at more powered position in international forum," he said.

He also said that India should not give up on SAARC.

"We haven't given up on SAARC. We can't and we shouldn't," India's top diplomat said.

"When it comes to regional integration, we will keep looking for other opportunities since SAARC is stuck," Jaishankar said.

"At a time when major powers are rethinking their multilateral engagement, India's track record stands out," he added.

Noting that Japan has a big role to play, Jaishankar said, "Our view of the (bilateral) relationship in the past has been narrow."

"A bigger Indian economy is in the strategic interest of Japan," he said. On multilateralism, he said, "Mutlilateralism is not because we are good guys but because it serves our interest."

"Like, when we went into Paris and helped reach that agreement, it was done because we had our own assessment of threat of climate change to India. I believe under the circumstance that was the best agreement that we could get," he said.

"These are issues where we have a stake and we are in a position to make contribution, make difference and find a solution," he added.

Commenting of India's position after Brexit, he said there is still a strong interest, including free trade agreement with the EU.