Additional police has been deployed at the Chief Minister's Greenways road residence and Raj Bhavan besides Koovathur resort. 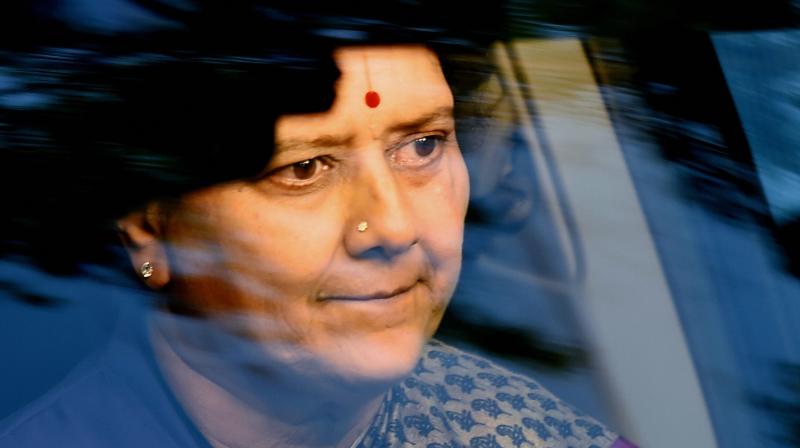 New Delhi/Chennai: The Supreme Court will give its verdict at 10:30 am on Tuesday on appeals against the Karnataka High Court’s decision acquitting AIADMK general secretary Sasikala in the Rs 66 crore disproportionate assets case.

A Bench of Justices Pinaki Chandra Ghose and Amitav Roy, who had reserved verdict on June 7, 2016, will give two separate judgements in the case.

If the Supreme Court upholds the Karnataka HC’s acquittal, the path will be clear for Sasikala to become the CM, after a long and protracted power struggle with acting Chief Minister O Panneerselvam.

Meanwhile, the numbers in Panneerselvam’s camp continue to boost, with Mettur MLA Semmalai backing the CM. OPS now has 9 MLAs in his camp.

However, Sasikala still holds the majority, with 125 of 134 MLAs still in her camp. She has moved a number of MLAs to Koovathur resort near Chennai, where they have been staying for several days.

Security has been stepped up across Tamil Nadu as a precautionary measure ahead of the verdict. Additional police has been deployed at the Chief Minister's Greenways road residence and Raj Bhavan besides Koovathur resort where AIADMK MLAs supporting party chief Sasikala are staying, police said.

The Supreme Court verdict will decide the political career of AIADMK general secretary Sasikala, and the course of her bitter power struggle with acting chief minister O. Panneerselvam.

If the top court confirms a Karnataka high court order acquitting her, she will have to pass a majority test in the Assembly.

“The AG cited the Jagadambika Pal precedent to ask the governor to convene a special Assembly session and put two resolutions — one in the name of Sasikala and other in the name of Panneerselvam — to vote within a week,” sources said.

If convicted, Ms Sasikala will have to go to jail, and will not be allowed to contest elections for six years. She will be ineligible to be CM as India’s Constitution mandates election to the Assembly within six months of assuming office. Currently, Ms Sasikala is not a member of Tamil Nadu’s Assembly.

Each camp needs the support of 118 MLAs for a simple majority in the 234-member Assembly. Ms Sasikala has claimed the support of most of the party’s 134 MLAs. Twelve party MPs have backed the acting CM, but he has the support of only a “handful of MLAs”.

Ms Sasikala, a long-time aide of J. Jayalalithaa, broke down while meeting around 119 MLAs she has kept at a beach resort outside Chennai for a third straight day. She said she was a “cub” trained by “lioness” Jayalalithaa. “I have brought my clothes with me. I am staying with the MLAs,” she said.

Addressing party cadres earlier, Ms Sasikala called Mr Panneerselvam a “traitor” whose “designs of splitting the AIADMK” will never materialise. “I have seen 1000 such ‘Panneerselvams’,” she said.

On Monday, Mr Panneerselvam held discussions with the chief secretary, the home secretary and top officials, in his first visit to the state secretariat since he resigned.

Mr Panneerselvam and Ms Sasikala are fighting a succession war after then CM Jayalalithaa died of illness in December 2016. Mr Panneerselvam resigned for Ms Sasikala to be CM, but he dramatically revolted against her on Tuesday night, saying he was forced to quit.

Ms Sasikala is accused of colluding with then CM. Jayalalithaa to acquire illicit wealth worth Rs 66 crore. In 2003, the top court moved the case out of Tamil Nadu for a fair trial. Both were briefly jailed in 2014 before being acquitted. Karnataka filed an appeal against the acquittal. A bench of SC judges Pinaki Chandra Ghose and Amitav Roy had reserved its verdict in June last year.

In the 1998 Jagdambika Pal case, the apex court had ordered a floor test in the Assembly to determine who among the two claimants — Pal and Kalyan Singh — had the majority for chief ministership of Uttar Pradesh.