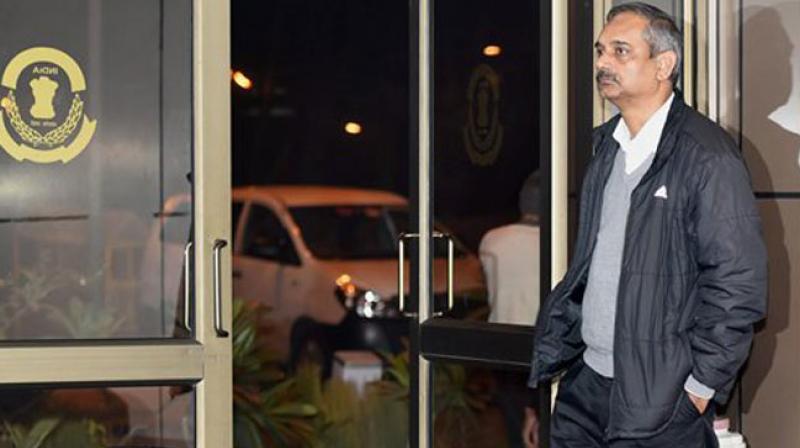 New Delhi: Decks were cleared on Tuesday for prosecution of Rajendra Kumar, former Principal Secretary to Delhi Chief Minister Arvind Kejriwal, in a corruption case, after the Centre accorded sanction for it.

Kumar is facing corruption charges related to his earlier stint with the Delhi government when he held multiple posts including that of Secretary, Information Technology Department.

CBI had filed charge sheet against him in December last year.

After careful examination of the CBIs request, the Home Ministry has decided to give its sanction for his prosecution, official sources said.

The Centre also rejected his plea for voluntary retirement, saying it cannot be done since a corruption case is pending against him.

In its charge sheet, the CBI has alleged the accused persons had entered into a criminal conspiracy to cause a loss of Rs 12 crore to the Delhi government in award of contracts between 2007 and 2015. The FIR had also claimed the officials had taken "undue benefit" of over Rs three crore in award of contracts.

The 1989-batch IAS officer has been charged with criminal conspiracy, cheating and forgery under Indian Penal Code, besides provisions of Prevention of Corruption Act with eight others and Endeavour Systems Private Limited.

Kumar was arrested on July 4 and granted bail by a CBI court on July 26.

The suspended officer while rejecting the allegations, had recently written in a blog post: "It is clear that they understand that the charge sheet filed is going to fail and therefore the only way to continue to threaten the people is to misuse the provisions of Criminal Procedure Code."

Accusing CBI of harassment, Kumar said the investigative agency could have otherwise filed the charge sheet only after having completed the probe and gathering all evidence required.