The delegation led by Manish Sisodia submitted a memorandum alleging that there are ‘multiple instances of breach in EVMs' safety’. 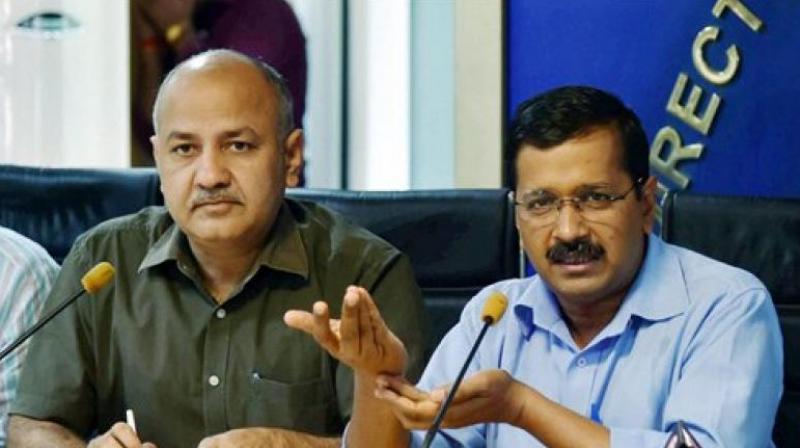 New Delhi: A delegation of Aam Aadmi Party (AAP) leaders on Tuesday met the Chief Election Commissioner in New Delhi and sought an inquiry over the alleged breach of security of EVMs at strongrooms in Punjab, where polling was held recently.

The delegation led by Delhi Deputy Chief Minister Manish Sisodia submitted a memorandum alleging that there are "multiple instances of breach in EVMs' safety" in the state, where the party is hopeful of forming government.

"We have submitted a memorandum to the Chief Election Commissioner where we have pointed out there has been security breaches in strongrooms where the EVMs are kept.

"We have also mentioned that the May 2015 notification of the EC, which lists out instructions regarding the storage, physical verification and movements of EVMs is not being complied with," Sisodia said.

Alleging that EVMs were moved out of a strongroom in Patiala he termed it "absolute violation of EC norms".

"The Returning Officer, along with a few other officials entered the strongrooms on the pretext of procuring certain documents however it was found that they were moving steel boxes in which the EVMs were kept. We have demanded an enquiry into the matter," Sisodia said.

AAP leader Raghav Chadha alleged that in some districts EVMs are kept in schools where there is regular movement of teachers.

"Also, as per the May 2015 notification, there has to be uninterrupted power supply to strongrooms and EVM warehouses so that the CCTV cameras are operational 24x7 and any movement can be captured.

"But there have been instances of no electricity for three hours in some places which is a violation of the rules and needs to be looked at," Chadha said.