India   All India  14 Jan 2020  HE Amjad Khan come in support of students at JNU and JMI
Metros, Delhi

There should not be a restriction on education in a democracy for sure, says HE Amjad Khan. 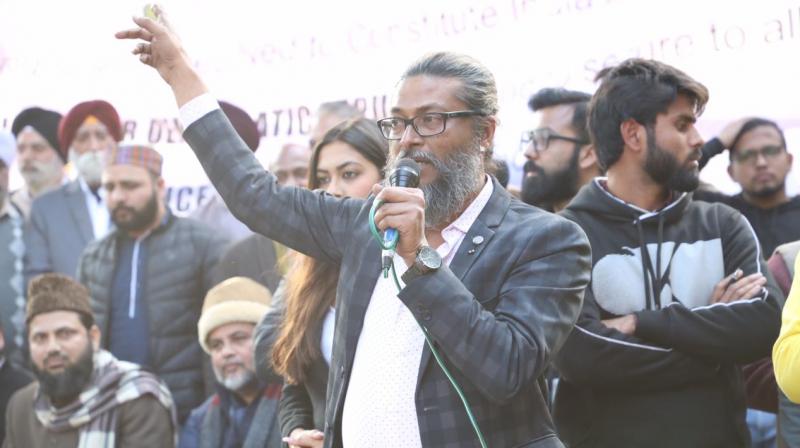 The students protest at Jamia Millia Islamia started on December 12th, 2019 the day CAA (Citizenship Amendment Act) was passed at Rajya Sabha. But it was only on December 15th that the university began to be identified as the centerstage against the new law. Delhi Police forcibly entered JMI, its library, and washrooms, catapulting the university to national limelight. Several students were injured including one who lost vision in one of his eyes.

Most recently, it was Man Booker Prize winner Arundhati Roy who came in support of the students. Earlier, actors Zeeshan Ayyub and Swara Bhaskar, activists Harsh Mander, lyricist Hussain Haidry and academic Zoya Hassan have taken to the same stage to express solidarity with the students.

Now the team of Bollywood film Gul Makai – a film based on the life and journey of Malala Yousafzai, a Pakistani activist known worldwide for her contribution towards the education of women and children and advocacy for human rights came in support of the students at JMI. Malala is a Nobel Prize laureate and the director of the film Gul Makai, H. E. Amjad Khan is the Goodwill Ambassador of the UN agency which fights malnutrition across the world. He feels, “ Students should be free to follow their passion and study what they want to, education is meant to give people a voice, it is meant to give an individual the tools to voice their opinion and be able to differentiate between what is right and what is not. There should not be a restriction on education in a democracy for sure.”

Amjad Khan was present at JMI and then at JNU with his lead actress Reem Shaikh and writer Bhaswati Chakrobarty on January 13th to show his solidarity for the students of JNU and JMI and the protesters of Shaheen Bagh. He voiced his opposition to the CAA along with thousands of protesters, leaving a deep impact on the students and protesters at the venue. His words exuberated confidence and experience that students could relate to and were inspired by.

Reem Shaikh will be playing the role of the 15-year-old protagonist Malala in Amjad’s movie, the trailer has already been launched and it is definitely the making of a landmark movie of strength and struggle and victory over a system that somewhere was similar to the CAA recently passed. That’s the reason why Amajd Khan could relate to what the students were going through and came in support of them. The movie will also be starring powerhouse performers like Divya Dutta, Atul Kulkarni, Mukesh Rishi, and Pankaj Tripathi; the film is set to release on January 31st, an apt time to release a movie in a real-time scenario.