‘This way I have been able to bring down my weight,’ a candid Devendra Fadnavis told the media. 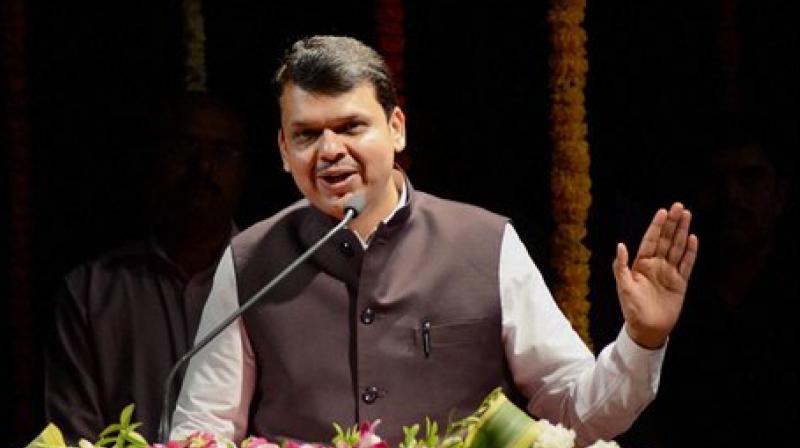 Mumbai: Often used to fielding media queries about politics and policies of his Government, Chief Minister of Maharashtra Devendra Fadnavis on Friday appeared in a different avatar as he spoke freely about his personal life, ranging from weight loss to his school-going daughter.

Basking in the success of his party BJP in the just held municipal council polls, which has added to his political weight, Fadnavis is now controlling his body weight with protein-rich diet.

"I am on a high protein diet and also exercise sometimes. This way I have been able to bring down my weight," said the 46-year-old legislator from Nagpur while replying to a question on how he managed to reduce his weight.

The second youngest Chief Minister of Maharashtra, who took office in October 2014, said his assignment has been tough and challenging but he is now settled in the job.

Fadnavis, who governs the second-most populous state, rued he has still not fully explored his official residence due to lack of time. "I have had no time to explore the Chief Ministers official residence so far. I go there only to sleep and have food."

To a question on his banker-wife Amruta being an "assertive" woman, the Chief Minister said the first lady of Maharashtra has her own identity. She is a gifted singer and works for different strata of society.

The busy politician said he regretted not giving enough time to his school-going daughter Divija due to his hectic schedule.

"But she understands the nature of my job. When she heard on TV about drought in the State she asked me if I will take her out once I solve the drought problem," he recalled.