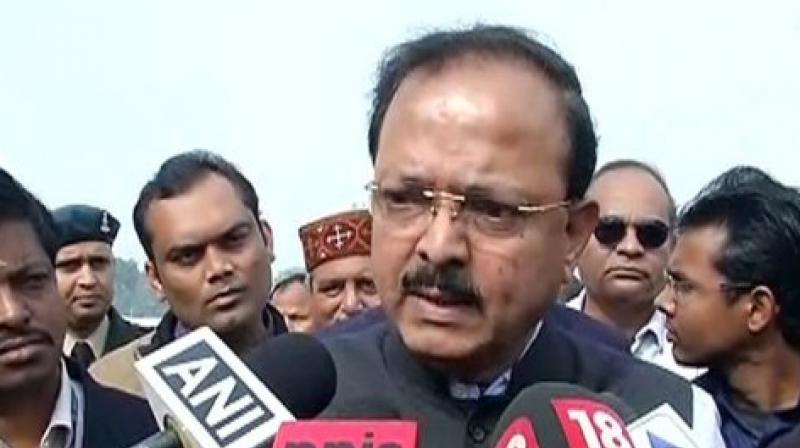 New Delhi: Taking a serious note on the videos of a Border Security Force (BSF) jawan complaining about poor food and near starvation conditions in his posting, Union Minister of State for Defence Shubhash Bhamre on Saturday asserted that the army is self-sufficient to deal with it, while saying that the Defence Ministry is probing the matter.

"Army Chief General Bipin Rawat has made it clear that we have some management. I know that a soldier could have some problems but we have management according to which army should work. If any complain being made then our army is self sufficient to deal with it." Bhamre told ANI.

General Rawat on Friday instructed the troops to avoid social media for complains and calls for internal methods.

Commenting on the controversy surrounding One Rank One Pension (OROP) scheme, Bhamre said the government is very sensitive and serious about every issues related to ex-servicemen and is trying to reach out to them, adding that the good works of the government are not being highlighted.

"The OROP problem has been persisting for last 40 years but for the time any government has tried to resolve this issue. Our Prime Minister Narendra Modi had promised our forces and ex-servicemen that as soon as BJP would come into power, he will raise the issue of OROP and he stood to his promise," Bhamre added.

He further said that in November 7, 2015 at least 20, 20,000 ex-servicemen received the first and second instalment of the OROP and despite financial problems, ten thousand crore was allocated and yearly expenditure of 7,000 crore was also given to them.