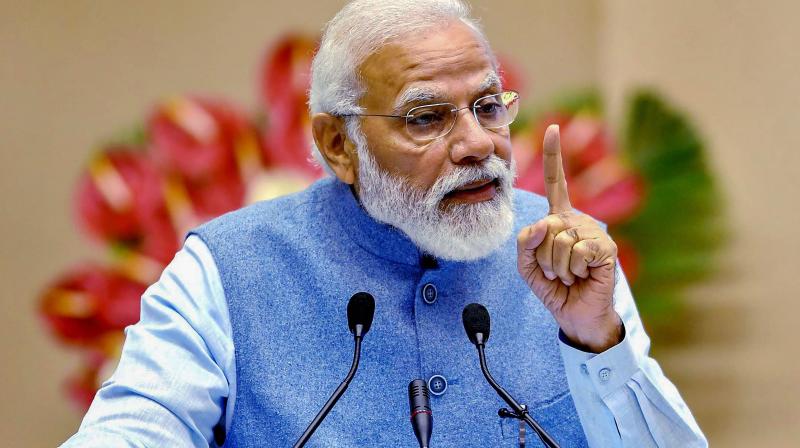 Parliament in August passed the Deposit Insurance and Credit Guarantee Corporation (Amendment) Bill, 2021, ensuring that account holders get up to Rs 5 lakh within 90 days of the RBI imposing a moratorium on a bank.

This was done keeping the ‘Depositors First’ spirit in mind, Modi said while announcing that over one lakh depositors have got about Rs 1,300 crore of their money with stressed banks in the past few days with the enactment of the legislation.

He assured that about three lakh more such account holders will soon
get their deposits with the banks that are under the RBI moratorium.

The first tranche of interim payments has been released by the Deposit Insurance and Credit Guarantee Corporation recently against claims received from depositors of 16 Urban Cooperative Banks which are under restrictions by the RBI. The second tranche would be released on December 31, 2021.

Stressing that the reform has ensured that depositors’ money remains safe even when there is a bank failure in the future, Modi said this will help in boosting confidence of depositors in the banking system.

While addressing a function on the theme ‘Depositors First: Guaranteed Time-bound Deposit Insurance Payment up to Rs 5 Lakh’ here, Modi said the system of insurance for bank depositors came into being in the 1960s in India.

Earlier, out of the amount deposited in the bank, only the amount up to Rs 50,000 was guaranteed, and it was later raised to Rs 1 lakh.