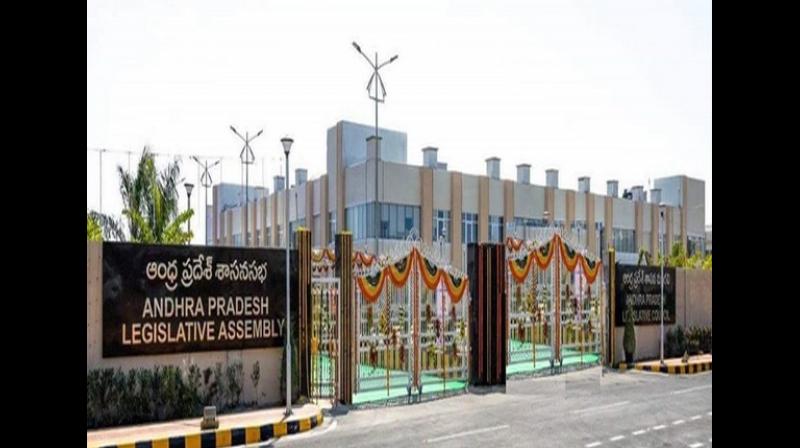 Amaravati: The Andhra Pradesh Legislative Assembly on Friday passed a Bill to further amend the Indian Penal Code and the Code of Criminal Procedure that will enable expeditious investigation and trial of offences against women and children, especially sexual offences, and award of death penalty.

The proposed new law has been named the 'Andhra Pradesh Disha Act Criminal Law (AP Amendment) Act, 2019, as a tribute to the veterinary doctor raped and murdered recently in neighbouring Telangana.

The Assembly also passed another Bill that provides for constitution of exclusive special courts for speedy trial of specified offences against women and children.

The proposed new legislation will enable setting up of one or more exclusive special courts in each district for expeditious trial of specified offences against women and children.

It will also empower the state government to constitute a special police team, headed by a deputy superintendent of police-ranked official, to investigate the specified offences.