Sources said there were at least three contenders for the chief minister’s post, although others can also emerge as dark horses. 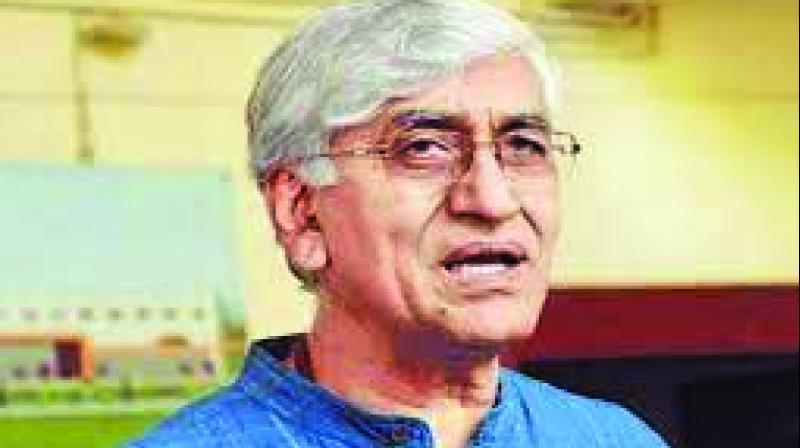 T.S. Singhdeo, scion of erstwhile Sarguja royal family, is considered close to 10, Janpath and seen as a progressive leader.

Raipur: Congress Legislature Party (CLP) of Chhattisgarh, which met here on late on Wednesday evening to elect its leader, is most likely to leave it to AICC president Rahul Gandhi to take a decision on who will be the state’s chief minister.

The CLP meet, which began at 8 pm, was most likely to be a marathon one since there are a number of strong contenders for the chief minister’s post in the party, a senior Congress leader told this newspaper.

“It may continue till late in the night since a lot of fireworks are expected in the meeting by supporters of the claimants to the post,” he added.

Sources said there were at least three contenders for the chief minister’s post, although others can also emerge as dark horses. The names of chief ministerial prospects making the rounds were Congress Working Committee (CWC) member Tamradhwaj Sahu, senior leader T.S. Singhdeo and Pradesh Congress Committee president Bhupesh Baghel. Mr Sahu is believed to be the front-runner among them because he belongs to the OBC and Sahu community that has a sizeable population in Chhattisgarh.

In fact, he is believed to have been asked by the party’s Central leadership  to contest Assembly polls for the purpose, sources said. He is currently a Lok Sabha MP from Chhattisgarh.

Mr Singhdeo, scion of erstwhile Sarguja royal family, is considered close to 10, Janpath and seen as a progressive leader.

He was also instrumental in retaining the party’s tribal vote bank in the state. Mr Baghel is known for leading the party in very difficult time in Chhattisgarh to face the challenge from former chief minister Ajit Jogi after the latter formed his own party by breaking away from the Congress in 2016.

Besides, Mr Baghel almost single-handedly took on the mighty outgoing chief minister, Raman Singh, by exposing various omissions and commissions in his government, finally leading to the BJP rout in the polls.