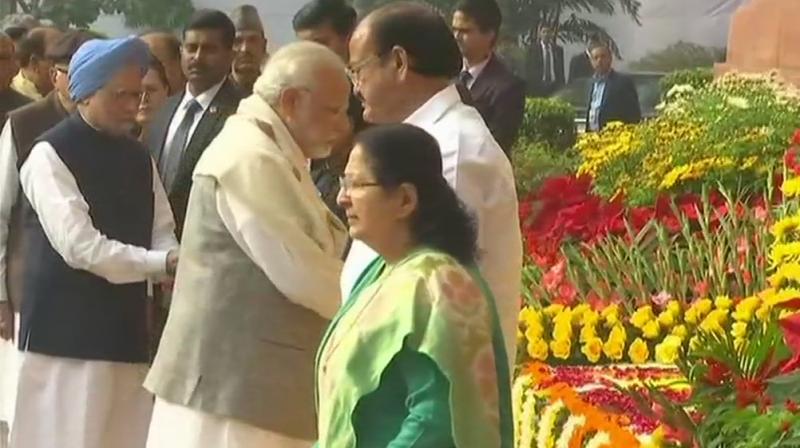 Leaders from the BJP, the Congress and other parties came together along with Prime Minister Modi to pay tribute. (Photo: ANI | Twitter)

New Delhi: Prime Minister Narendra Modi on Wednesday paid floral tributes to the brave hearts of the 2001 at the Parliament House on its 16th Anniversary.

Leaders from the BJP, the Congress and other parties came together along with Prime Minister Modi to pay tribute.

Around 14 people, mostly security forces and one civilian, were killed in this incident.

The incident took place around 40 minutes after Parliament was adjourned and about 100 members were present in the building.