This move has also ensured that the proposed policy is in for another major delay and is unlikely to be finalised for another few months. 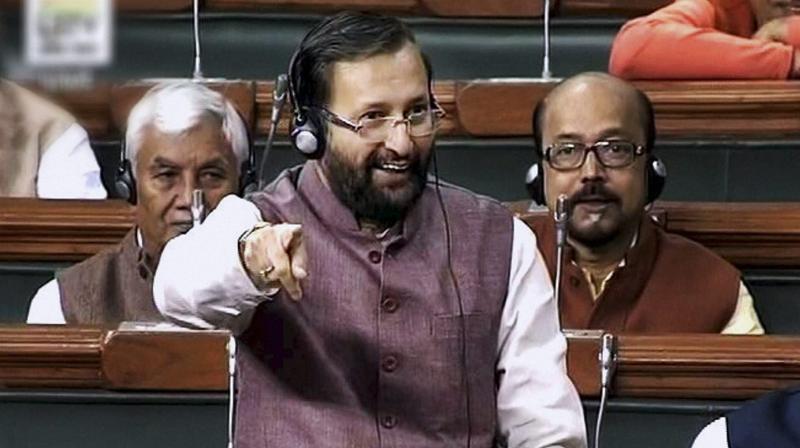 New Delhi: The government is set to announce a committee headed by an eminent educationist in the next 10 days which would to draft the National Education Policy (NEP), Union human resource development minister Prakash Javadekar said on Monday.

“We will have a committee headed by an eminent educationist in the next ten days. We are discussing some names but we also have to ask them whether they are ready because they will also have to work for three to four months,” the HRD minister told agencies on Monday.

This newspaper was the first to report on October 25 that the government is likely to constitute a committee headed by an academician soon for preparing the draft NEP.

This move has also ensured that the proposed policy is in for another major delay and is unlikely to be finalised for another few months. The report prepared by TSR Subramanian panel — convened during the tenure of former HRD Minister Smriti Irani — has effectively been put in cold storage.

The ministry has already held comprehensive discussions with all the stakeholders including the states, educational institutes, parliamentarians and experts, he said, adding even the recommendations of TSR Subramanian committee will be considered as an “input”.

The proposed committee for preparing the draft National Education Policy will prepare the final draft, which will be put before the Cabinet for its approval and its implementation could take up to an entire year, sources stated. The Subramanian committee report is now only being utilised as an “input in the wider scheme of things in the education reforms”, sources added.

Mr Subramanian, a former cabinet secretary, was the chairperson of the five-member committee entrusted with the responsibility of making suggestions for drafting a new education policy for the country. Other members of the committee included former chief secretaries of Delhi and Gujarat, Shailaja Chandra and Sudhir Mankad respectively and ex-NCERT chief J S Rajput.

The committee had submitted its report to the government on May 27 this year suggesting measures that the country must take to improve the sector that caters to over 300 million students.