The former PM Manmohan Singh’s visits to foreign countries had hardly been noticed, he added. 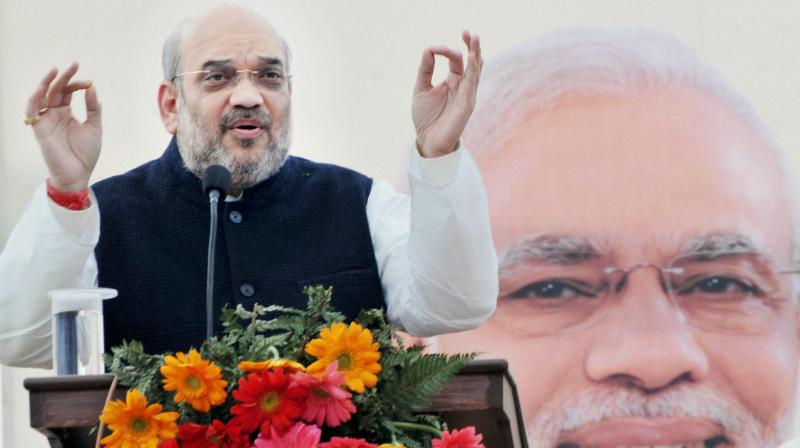 Bhopal: BJP national president Amit Shah on Monday said his party gave a prime minister who not only “speaks but also considers national problems as personal”.

Addressing party workers in Raipur at a rally to celebrate completion of 13 years in power by the BJP government in Chhattisgarh, Mr Shah said, “We have a Prime Minister who speaks and whose presence in foreign soils is making impact”.

In sharp contrast, the former PM Manmohan Singh’s visits to foreign countries had hardly been noticed, he added.

He also lashed out at Congress vice-president Rahul Gandhi for seeking performance record of two and half years old NDA government at the Centre, saying, “We have waged a battle against corruption whereas mega scams amounting to `12 lakh crores had surfaced during the Congress-led UPA government”.

“The Opposition had constantly been questioning what the NDA government has done on the black money issue, but after November 8, when demonetisation was introduced, they started saying why we have done it. The demonetisation has rattled the Opposition,” he said.

Describing the demonetisation move by the Centre as a major steps against corruption, he said the PM and BJP were pained at the hardships caused to the people due to scrapping of `500 and `1,000 notes.

But, the move was essential to tackle corruption and black money menace; he said, and added that the ill-gotten money recovered in the exercise would be used for welfare schemes for farmers, tribals and women.

Mr Shah said the UPA government, during its rule, had also tied down hands of the Army while dealing with Pakistan.