The response came after the World Bank asked both the countries to consider alternative ways to resolve their disagreements. 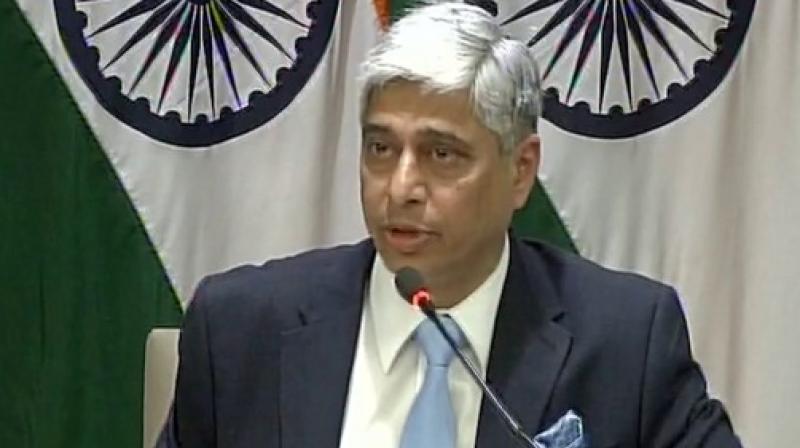 External Affairs Ministry Spokesperson Vikas Swarup said India remains fully conscious of its international obligations and is ready to engage in further consultations on the matter of resolving current differences regarding these two projects.

"The government had pointed out on 10 November, 2016 the legal untenability of the World Bank launching two simultaneous processes-- for appointment of a Neutral Expert as requested by India and establishment of a Court of

Arbitration requested by Pakistan – to adjudicate technical differences between India and Pakistan on Kishenganga and Ralte projects.

"By temporarily halting both the processes now, the Bank has confirmed that pursuing the two concurrent processes can render the Treaty unworkable over time," Swarup said.

The World Bank's move to pause the process came nearly a month after India had strongly objected to the global body's "inexplicable" decision, saying going ahead with two separate mechanisms was "legally untenable".

Group President of World Bank Jim Yong Kim said,"We are announcing this pause to protect the Indus Waters Treaty and to help India and Pakistan consider alternative approaches to resolving conflicting interests under the Treaty and its application to two hydroelectric power plants."

The pause was announced by Kim in letters to the finance ministers of India and Pakistan. It was also emphasised that the Bank was acting to safeguard the Treaty.

Under the Indus Waters Treaty, signed between India and Pakistan and also the World Bank in 1960, the World Bank has a specified role in the process of resolution of differences and disputes.