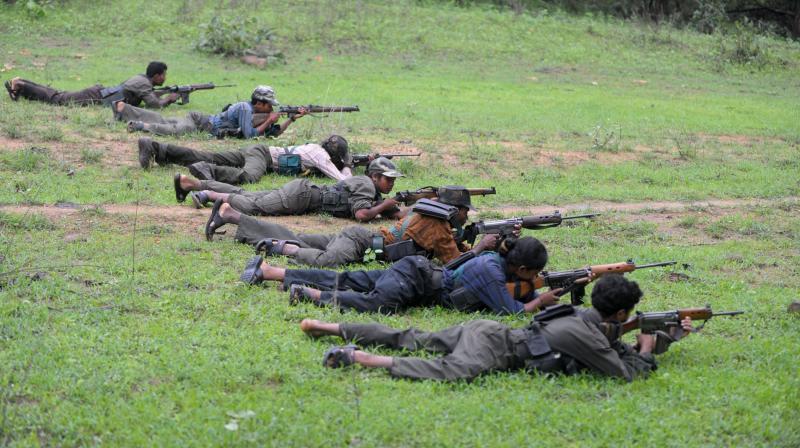 26 naxals were killed on Saturday in an encounter with police in eastern Maharashtra's Gadchiroli district. (AFP file photo)

Mumbai: In major development, the Maharashtra Police have eliminated 26 Maoists in major encounter operation Dhanora tehsil in Gadchiroli district of Vidarbha region of the state, which is more than 900 km away from Mumbai. The district lies on the border of Chhattisgarh. Confirming the development, the Maharashtra Home Minister Dilip Walse-Patil said, “Today’s operation is very important and historic not only for the state but also for the country. I am proud of our police.”

He also said that 26 Naxalites have been killed in the operation.

District Superintendent of Police Ankit Goyal told this newspaper that the encounter operation was carried out from 6 am to 4 pm on Saturday. "Four police officers were injured. All of them were taken to hospital in Nagpur by chopper for treatment. The injured police officers were out of danger," he said.

"We have recovered the bodies of 25 to 26 naxals so far from the forest," Mr. Goyal said.

According to the sources, the combing operation is still going on in the forest. The police personnel who were deployed for the encounter operation are still in the forest, unless they would come out, it would be difficult to tell the numbers of how many police personnel were deployed for the operation, a senior official said. The identification of the naxals’ bodies was yet to be ascertained.

The sources claimed that two top Maoists leaders were suspected to be among those killed.

The official said that huge arms and ammunition have been recovered from the naxals at the place of encounter.

The massive gunfight involved the naxals and the C-60 unit of the Anti-Naxalite Operations of Maharashtra Police and units of the Central Reserve Police Force.