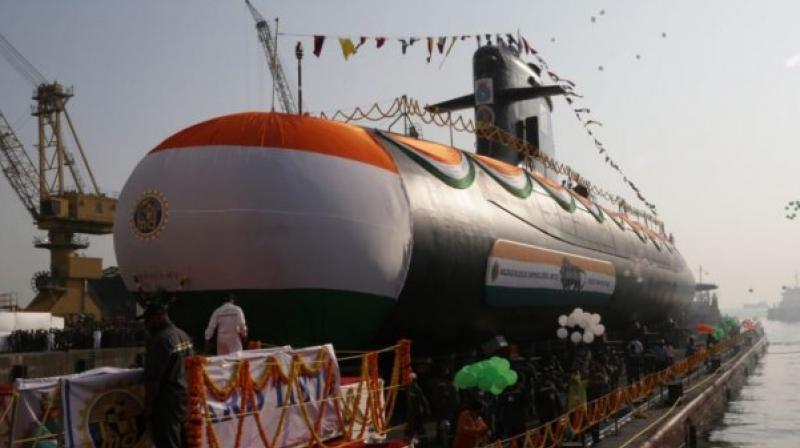 The submarine was named Vagir in accordance with the Naval traditions.

New Delhi: The fifth Scorpene class submarine Vagir for the Indian Navy was launched in Mumbai on Thursday.

The submarine will now undergo comprehensive and rigorous tests and trials for more than a year to ensure delivery of a combat worthy submarine, capable of operation in all modes and regimes of deployment. The crew will also, at some point of time, sail the submarine for “sea acceptance trials” after which the submarine will be delivered to the Navy. The addition of the submarine will be critical for the Indian Navy which is operating at a less than ideal strength given India’s vast coastline.

The Vagir submarine has the ability to launch a crippling attack on an enemy with torpedoes as well as tube-launched anti-ship missiles whilst underwater or on surface.

Vagir has the ability to carry out multifarious missions typically undertaken by any modern submarine, which include anti-surface warfare, anti-submarine warfare, intelligence gathering, mine laying and area surveillance.

Six Scorpene submarines were to be manufactured by Mazagon Dock Limited (MDL), Mumbai, under programme Project-75 with a $3 billion contract. Two have already been commissioned into the Indian Navy. The third and fourth submarines are undergoing sea trials, whilst the sixth and last submarine is being readied.