Twenty-one units were inspected in Khayala redevelopment area. Closure directions were issued to 15 of them for operating without ETPs 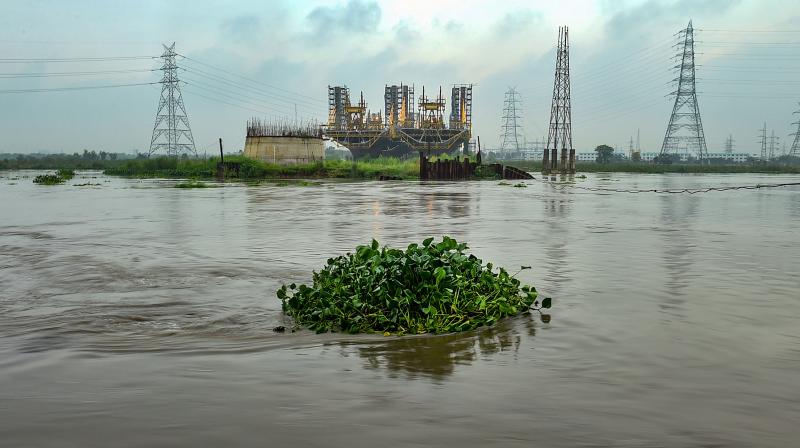 New Delhi : The Delhi Pollution Control Committee (DPCC) has sealed two polluting units and ordered closure of 15 others which may have caused frothing in the Yamuna.

The polluting units which were sealed included an automobile service station-cum-showroom in Patparganj industrial area and a jeans dyeing and washing unit in Lawrence Road industrial area which were found operating without effluent treatment plants.

Twenty-one units were inspected in Khayala redevelopment area. Closure directions were issued to 15 of them for operating without ETPs, the DPCC said.

A show-cause notice was issued to an automobile service and repair unit in Patparganj industrial area after ETP overflow was observed.

Visuals of toxic froth floating on the surface of the Yamuna river near Kalindi Kunj in Delhi made their way back to social media over the past few days, with experts citing detergents as one of the major reasons behind the pollution.

Majority of the detergents in the country don't have a certification by International Organisation for Standardisation (ISO), which has capped the concentration of phosphates in the chemical substance, an official of the Central Pollution Control Board (CPCB) said.

The primary reason behind the formation of the toxic foam was high phosphate content in the wastewater because of detergents used in dyeing industries, dhobi ghats and households, according to the official.

"A large number of unbranded detergents are also used in households and dyeing industries. The wastewater containing high phosphate content reaches the river through untapped drains," he said.