The court directed that appointment in tribunals shall be in accordance with respective statutes. 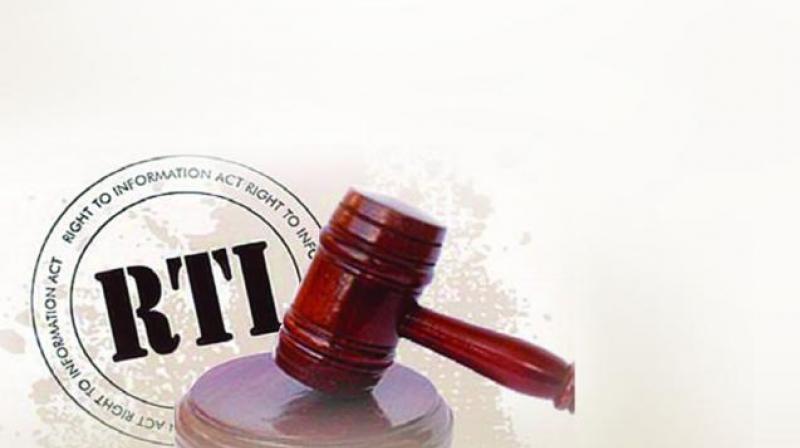 New Delhi: The Supreme Court on Wednesday held that the office of the Chief Justice of India was a public authority and fell within the ambit of the Right to Information Act.

Cautioning that RTI could be used as a tool of surveillance, the top court in its judgement, held that judicial independence had to be kept in mind while dealing with transparency.

The bench, also comprising Justices N V Ramana, D Y Chandrachud, Deepak Gupta and Sanjiv Khanna, said only the names of judges recommended by the Collegium for appointment could be disclosed, not the reasons.

While the CJI and Justices Deepak Gupta and Sanjiv Khanna penned one judgement, Justices Ramana and Chandrachud wrote separate verdicts.

It said that the Right to Privacy was an important aspect and it had to be balanced with transparency while deciding to give out information from the office of the Chief Justice. Justice Chandrachud said the judiciary could not function in total insulation as judges enjoy constitutional posts and discharge public duty.

Justice Ramana, who concurred with Justice Khanna, said there should be a balancing formula for Right to Privacy and right to transparency and independence of judiciary should be protected from breach.

The High Court on January 10, 2010 had held that the CJI office came within the ambit of the RTI law, saying judicial independence was not a judge’s privilege, but a responsibility cast upon him.

The 88-page judgement was seen as a personal setback to the then CJI, K G Balakrishnan, who had been opposed to disclosure of information relating to judges under the RTI Act.

The high court verdict was delivered by a three-judge bench comprising Chief Justice A P Shah (since retired) and Justices Vikramjit Sen and S Muralidhar. The bench had dismissed a plea of the Supreme Court that contended bringing the CJI’s office within the RTI Act would ‘hamper’ judicial independence.

Justice Sen has retired from the apex court, while Justice Murlidhar is a sitting judge of the High Court.

The move to bring the office of the CJI under the transparency law was initiated by RTI activist S C Agrawal. His lawyer Prashant Bhushan had submitted in the top court that though the apex court should not have been judging its own cause, it was hearing the appeals due to the “doctrine of necessity”.

The lawyer had described the reluctance of the judiciary in parting information under the Right To Information Act as ‘unfortunate’ and ‘disturbing’, asking: “Do judges inhabit a different universe?”

He had submitted the apex court had always stood for transparency in functioning of other organs of State, but it developed cold feet when its own issues required attention. Referring to the RTI provisions, Bhushan had said they also deal with exemptions and information that cannot be given to applicants, but the public interest should always ‘outweigh’ personal interests if the person concerned is holding or about to hold a public office. Dealing with ‘judicial independence’, he said the National Judicial Accountability Commission Act was struck down for protecting the judiciary against interference from the executive, but this did not mean that judiciary is free from ‘public scrutiny’.

Transparency activists on Wednesday welcomed the Supreme Court's decision, saying the apex court had reiterated the established position in law in the matter.

“I welcome the decision of the constitution bench to reiterate the established position in law that the CJI is a public authority under the Right to Information (RTI) Act,” said Venkatesh Nayak, head of access to information programme, Commonwealth Human Rights Initiative (CHRI), an NGO.

About the Supreme Court’s remark that RTI could not be used as a tool of surveillance, Nayak termed it as an “extremely unfortunate” observation. “Surveillance has unfortunately been equated with transparency that is required under a law duly passed by Parliament,” he told PTI.

Nayak said surveillance was what the government often does under executive instructions and that was not the purpose of the RTI Act. “People whose cases relating to their life, liberty, property and rights, are decided by the high courts and the Supreme Court. People have the right to know not only the criteria but all material that formed the basis of making the decision regarding appointments of judges in accordance with the provisions of the RTI Act,” he said.

Nayak said where exemptions were available under the RTI Act, they would be legitimately invoked by public authorities and all other information should be in the public domain. He said the appointment of judges, who were public functionary, was a public act.

“People have the right to know everything that is done in a public way by a government, in a democratic country, which must be accountable and responsible,” Nayak said. Former information commissioner Shailesh Gandhi also hailed the top court’s decision. “I had expected the same decision to come as logically there was nothing else. It is unfortunate that this has taken 10 years. The CIC has upheld this. The Delhi HC had also upheld this. Now, the SC has upheld this. All public servants that are paid by the government are a public service, no matter what the position is. You need to be accountable for your work. I congratulate the Chief Justice and the court for having given such a decision,” he said.

RTI activist Subhash Chandra Agrawal lauded the top court’s verdict. “I welcome the Supreme Court’s verdict. It is a victory of the RTI Act,” he said.

Another activist Ajay Dubey said the apex court’s decision was ‘historic’. “It is a historic decision and I welcome it. All decisions made by a public authority must be in public domain and under the RTI Act,” he said.

Dubey, however, expressed shock over the top court’s remark that the RTI Act cannot be used as a tool of surveillance.