The rising level of pollution is not limited to Delhi or NCR only, but is also engulfing the hill state of Uttarakhand. 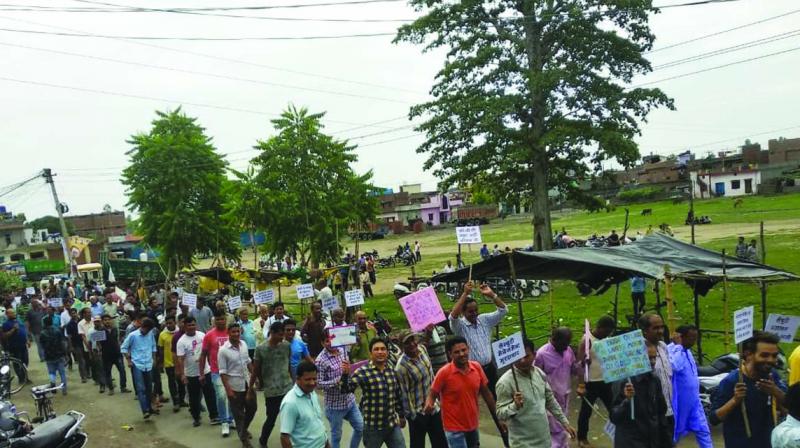 According to the Uttarakhand Environmental Protection and Pollution Control Board, the pollution levels in many areas of the state have deteriorated since Diwali.

The deadly poisonous winds of Delhi polluted the atmosphere so much that the government had to impose a health emergency. The magnitude of the situation can be gauged from the fact that all the schools in Delhi were closed and people were advised to stay in their homes. All types of construction work has been banned. Given the seriousness of the situation, the center was forced to call an emergency meeting. But pollution levels with the Air quality index (AQI) hovering around the ‘severe’ (400+) to ‘unhealthy’ (150 – 200). Let it be known that Delhi has remained the most polluted city in the world for the last few years. While lax political decisions are responsible for this, thousands of factories spreading smoke in National Capital region (NCR) are equally responsible for this.

The rising level of pollution is not limited to Delhi or NCR only, but is also engulfing the hill state of Uttarakhand.  According to the Uttarakhand Environmental Protection and Pollution Control Board, the pollution levels in many areas of the state have deteriorated since Diwali. The amount of PM 10 and PM 2.5 in the air increased by 25 per cent to 30 per cent.  Along with this, the amount of sulphur dioxide and nitrogen dioxide in the air has also increased which is extremely harmful for everyone’s health. The problem is not only limited to air pollution, but noise pollution has also ruined the environment. The ever increasing number of motor vehicles and the smoke emanating from them has polluted the state.

According to experts, one of the main reasons for increasing pollution in Uttarakhand is the rapidly setting up of factories and the poisonous smoke and polluted water coming out of them. This is the factor that is polluting both air and water equally. There are many areas of the state where the smoke and polluted water from industries has taken a more dangerous form than the set standards, affecting the surrounding human population as well as cattle and birds. But both the government and the local administration are silent on this serious issue. The Century pulp and paper Mill of Lalkuan, which is called the gateway to Uttarakhand, is an example of this. Local people say that apart from wildly exploiting ground water by the mill; noise, air and water pollution is spreading to unbearable levels. Due to its pollution, people of the surrounding areas have been exposed to many diseases and are facing untimely death. At the same time, many species of insects play an important role in environmental balance, but due to pollution they are almost on the verge of extinction.  A Committee for the protection of the environment and formed by the local people have held demonstrations many times against the pollution emanating from this paper mill, which is among the largest companies in Asia in the field of paper industry.  But due to the evasive policy of the local administration, no concrete results have been achieved. However, on the basis of a joint inspection report of Central and State Pollution Control Board and IIT Roorkee, the National Green Authority has declared the mill as responsible for pollution. On this, under the Section 24 of the NGT Act-2010, it was ordered to deposit Rs. 30 lakh in environmental relief fund as environmental compensation. The authority also asked the scientists of Environment Department of Jammu University, Central Pollution Control Board and IIT Roorkee to conduct a study to give remedial suggestions.

The Manager of the paper mills, told the authorities that hand pumps had been installed at the required places and that the polluted sewer has been cleaned, welfare programs for villagers and awareness programs are being run at various levels to give information, treated chemical water is also being used. In this regard, when the writer spoke to the administrative officer Jagmohan Upreti, he said, that the mill is not polluting the environment anymore, the water used inside the mill is being used in horticulture.  Proper monitoring is also taking place. R.K. Chaturvedi, regional officer of Uttarakhand Environment Protection and Pollution Control Board, Haldwani Office, also confirmed that the online monitoring of Century Paper Mill was being done. He said that there was no pollution from the mill. All the equipments installed there were operating properly according to him.

Yet at the same time, the locals complain that there is no concrete action being taken against this mill with the collusion of the Pollution Board, local administration and leaders.  The writer also alleges that the affidavit given by the mill to the authority is untrue.  Even today, the ground water is being heavily exploited in the mill, due to which not only the sources of water are being depleted, but the water of the local people’s hand pumps is not potable due to the release of chemical-rich water into the natural drains by the mill. Due to this, the local people are suffering premature deaths due to serious waterborne diseases. Most of the people in the pollution affected area of ??the mill are suffering from serious diseases like jaundice, allergy, asthma, and tuberculosis besides throat, lung and stomach cancer at an early age. On the other hand, insects, squirrels, mongoose, turtles, snails, fireflies, frogs, etc. are almost extinct in the area.  Local social worker Harish Bisouti says that it has been 35 years since the mill was founded, but only 6 Indian brand hand pumps from their Corporate Social Responsibility (CSR) budget are setup here.  According to the factory act, mill management was going to provide employment to the local unemployed in the ratio of 80:20 but, they haven’t provided.  Century paper mill has been showing work done in the pollution affected area under the Corporate Social Responsibility (CSR) program set by the government, but it is actually working in areas which are ranging from 35-40 to hundreds of kilometers away from the mill instead of working in the pollution affected area.

However, the allegations made on this paper mill and how correct their response is can be the focus of scrutiny. But it is certain that the environment of Uttarakhand is also slowly becoming a victim of pollution, like Delhi.  Many big and small industries have been set up in the state, from which deadly smoke and polluted water is becoming a threat to both the health and environment of the people. If this is not taken care of in time, then the existence of this hill state may be in crisis. There is still time to rectify this mistake. But for this the participation of common people along with the government and administration is also important.