UNESCO is partnering in translations of Nanak’s teachings in many International languages for wider outreach, the MEA said. 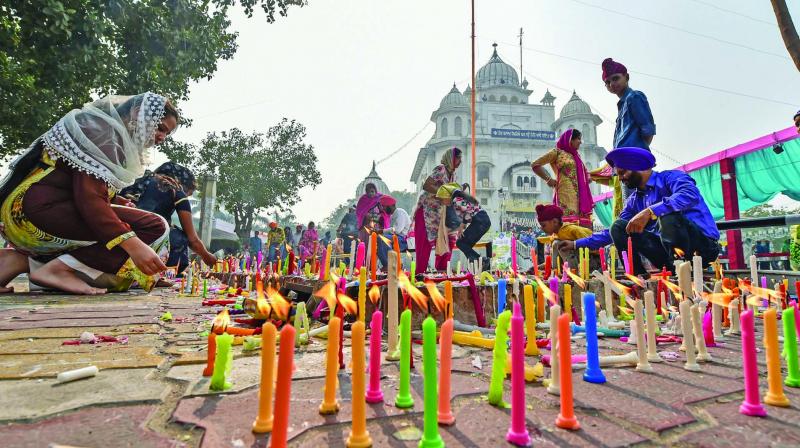 New Delhi: Giving details of the “grand and befitting” celebrations of the 550th birth anniversary of the founder of Sikhism and first Guru of the Sikhs Guru Nanak, India on Tuesday said its diplomatic missions in countries with a large Sikh diaspora like USA, UK, Australia, Canada, Italy, France, Germany will be projecting a LED video on prominent locations in these countries. “Palazzo Senatorio in Rome, Maritime Museum in Sydney, Nanak Darbar Gurdwara in Dubai are among the locations identified. The film depicts prominent teachings of Guru Nanak Dev Ji’s llife, his inspiring quotes an about the three pillars of Sikhism presented in spectacular visual narrative using an animated and graphic visual,” the ministry of external affairs said. “As part of the celebrations, missions will be unveiling the special commemorative stamps issued by Department of Posts and also presenting the same to foreign dignitaries,” it added. “To mark the celebrations of the anniversary, Missions and Posts abroad have organised a activities such as Baisakhi celebrations, photo exhibitions, International conference,  quiz and essay competitions, screening of documentary films on life of Guru Nanak Dev ji etc earlier this year. Special events like planting of plant saplings, rendition of Kirtan/Ardas based on ‘Gurbani’, blood donation, medical camps, demonstrations of Sikh Martial Arts / Hola Mohalla, setting up chair in the name of Shri Guru Nanak Dev Ji were also organised. UNESCO is partnering in translations of Nanak’s teachings in many International languages for wider outreach,” the MEA said.