Last week, Harikumar was suspended and booked after he allegedly pushed a 32-year-old man before a moving car. 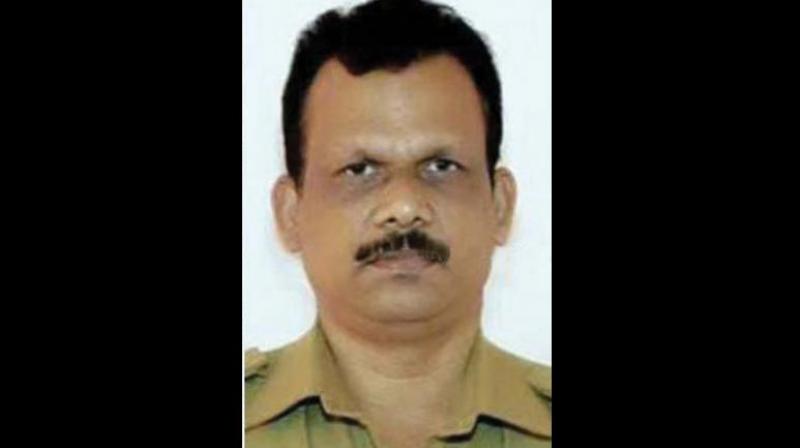 Deputy SP B Harikumar had been on the run since the incident on November 5. (Photo: File)

Thiruvananthapuram: Days after he was booked in a murder case, Deputy Superintendent of Police (Neyyatinkara) B Harikumar allegedly committed suicide by hanging himself near his residence in Kallambalam town here, police said on Tuesday.

Last week, Harikumar was suspended and booked under section 302 (murder) of the IPC after he allegedly pushed a 32-year-old man before a moving car during a scuffle. The man, Sanal, later died at a hospital.

"Our information is that the DySP has committed suicide by hanging," a senior police official said. Harikumar's house was found locked as his family was away. Police had received flak over the delay in arresting Harikumar, who had been on the run since the incident on November 5.

Searches were carried out in Tamil Nadu and Kerala to nab him. The DySP's death comes amid reports that he would surrender soon.

The Kerala government on Sunday appointed Crime Branch IGP S Sreejith as the investigating officer to probe Sanal's death. Sanal's wife and other family members, who had started a day-long fast on Tuesday morning demanding immediate arrest of Harikumar discontinued it after reports of his alleged suicide emerged.

The family will continue with its protest until all the accused in the case are brought before the law, she said. Sanal's family has been demanding a CBI probe into the case.