India   All India  13 Nov 2017  Strict action will be taken against the guilty: Nitish Kumar on toilet scam
India, All India

Strict action will be taken against the guilty: Nitish Kumar on toilet scam 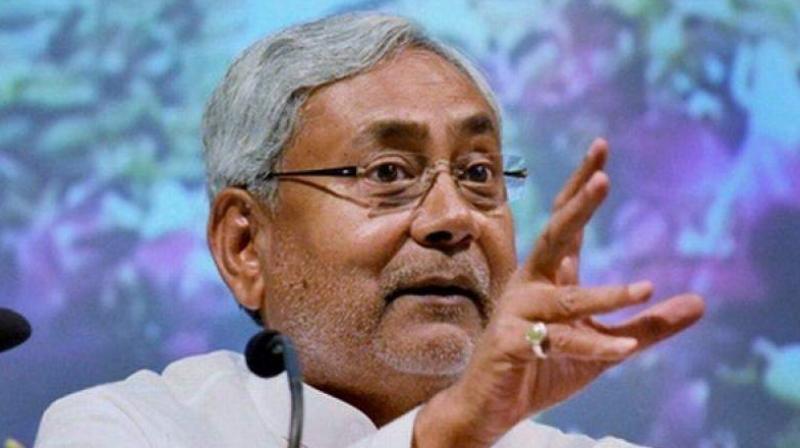 Kumar was responding to queries about the scam, wherein crores of rupees were fraudulently transferred into the accounts of NGOs.(Photo: PTI)

Patna: Bihar Chief Minister Nitish Kumar on Monday made it clear that the guilty will not be spared in the recently unearthed multi-crore scam in construction of toilets in the state.

"The guilty will not be spared. Strict action will be taken against all those who are found guilty of having embezzled public money. This has been our policy", Kumar said in Patna on the sidelines of his weekly "Lok Samvad" programme.

Kumar was responding to queries about the scam, wherein crores of rupees were fraudulently transferred into the accounts of NGOs. A number of persons have been arrested in connection with the alleged irregularities so far.

The Chief Minister also said "we have always been very cautious about claims made with regard to sanitation. Recently, a proposal had come from Sasaram to declare the district ODF (open defecation free). But we decided to first verify the claim through a third-party, independent agency".

Replying to another query, the Chief Minister, who was speaking in the presence of state's DGP P K Thakur, said "no complainant should be asked to bring along stationery at a police station for lodging a complaint. We have allocated separate funds to the police stations for the purpose. If any police official is found to be violating this rule, he must face strictest possible action".

On a question related to Jammu and Kashmir, Bihar Chief Minister Nitish Kumar asserted "the whole of Kashmir,including those areas which are occupied by Pakistan" was an integral part of India.

"We have always held that Kashmir is an integral part of India. This has been our unequivocal stand on the issue. We hold that the whole of Kashmir, including those areas which are occupied by Pakistan, are an integral part of the country", he said in Patna.

Kumar was responding to a query on the statement by National Conference leader and former Jammu and Kashmir Chief Minister Farooq Abdullah that Pakistan-Occupied Kashmir (PoK) belonged to Pakistan.