India   All India  13 Oct 2017  You can go to court with facts: Amit Shah rejects graft allegations against son
India, All India

You can go to court with facts: Amit Shah rejects graft allegations against son

On October 9, Jay Shah filed a criminal defamation suit against the news portal in a metropolitan court in Ahmedabad. 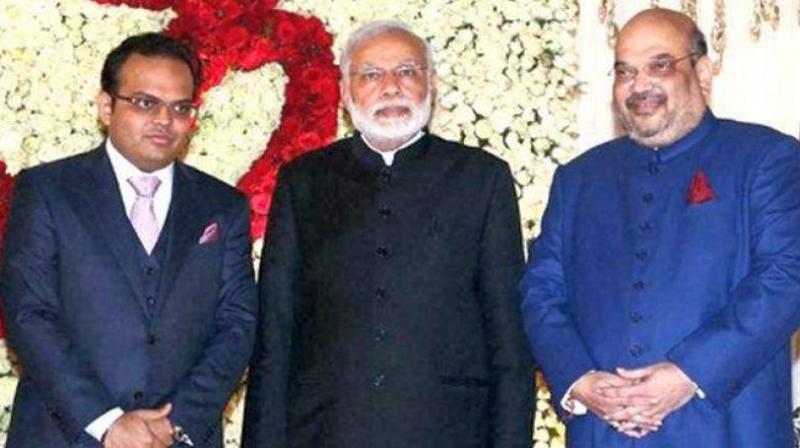 The Congress has demanded an inquiry into the matter, while the BJP called the article defamatory. (Photo: File | PTI)

Ahmedabad: BJP President Amit Shah on Friday said there was no question of corruption in his son Jay Amit Shah's company. He was referring to a report in a news portal, which claimed that Jay's business fortunes zoomed after the BJP came to power in 2014.

"The question of corruption does not arise in Jay's company," Amit Shah said during a programme organised by a news channel.

The BJP chief also came down heavily on the Congress, which had seized on the report to attack him as well as Prime Minister Narendra Modi.

"Congress has faced so many allegations of corruption. Have they ever filed a criminal defamation or a Rs 100 crore civil defamation suit? Why did they not gather the courage to file such cases. Jay has filed a defamation suit. He has sought an inquiry (by approaching the court). Now, you can go to the court with the facts," Shah said.

The Congress has demanded an inquiry into the matter, while the BJP called the article defamatory.

On October 9, Jay Shah filed a criminal defamation suit against the news portal in a metropolitan court in Ahmedabad.

In his application, he prayed for "criminal action against the respondents for defaming and tarnishing the reputation of the complainant through an article, which is scandalous, frivolous, misleading, derogatory, libellous and consisting of several defamatory statements."